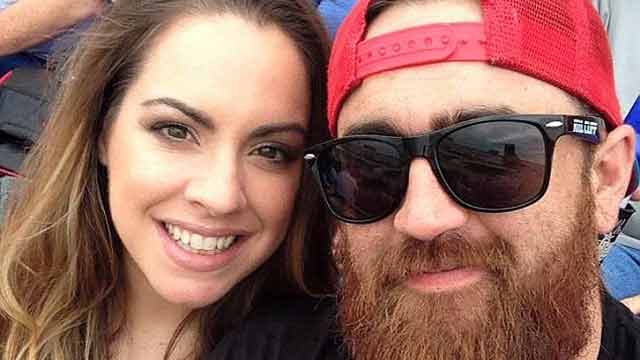 Friends say the couple were only married a short time before the deadly shooting. (Photo: Facebook)

A 35-year-old former Marine is said to have died a hero when he was shot while attempting to stop a man who had just shot his wife outside of an Arlington Walgreens Monday.

Just before noon, Ricci Bradden, 22, entered the Walgreens, where his wife, Quinisha Johnson, works. The couple went outside and became engaged in an argument, during which time Bradden pulled out a gun and fired two shots at Johnson, striking her once in the ankle. Bradden then ran to his vehicle, as Johnson returned inside the store, screaming for help, according to reports from a local NBC affiliate. 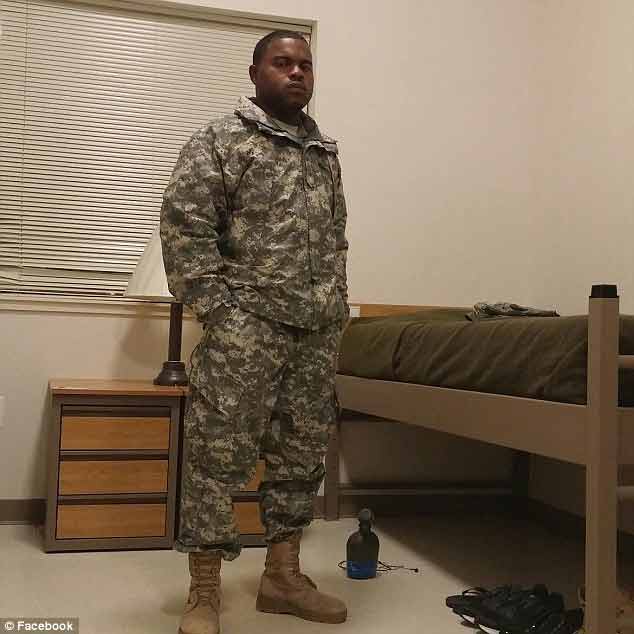 Ricci Bradden confessed the crime to his supervisors and his father. (Photo: Facebook)

Anthony “TJ” Antell Jr., who was at the drugstore with his wife, Crystal, when the incident unfolded, went to his vehicle, retrieved a gun, confronted Bradden and asked him to drop his weapon. Bradden later told authorities he got out of his truck, slapped Antell’s gun out of his hand, then shot the man in the head. After he shot Antell, Bradden fled from the scene.

Antell, whose wife apparently witnessed him being shot, was pronounced dead at the scene.

Bradden, who was stationed at Fort Hood, later confessed to the shooting to his Army supervisors, as well as his father, who subsequently took him to the Texas Department of Public Safety in Hillsboro, where he turned himself in. Bradden was arrested and charged with murder.

Antell, who was a father of three, owned a nearby gym and had previously served in the United States Marine Corps.

Arlington Police Lt. Christopher Cook said they always encourage people involved in a situation like this to be the best witness they can.

“Sometimes things turn out like this when you’re trying to stop a bad guy,” Cook added.

“He went into a protective mode,” Pastor Marc Lowrance from the United Methodist Church in Arlington, where Antell attended, told reporters of Antell’s actions. “He’s a father. He is protective by nature. He thought he could help everyone involved and tragically it went a different way.”

Lowrance said Antell “went out of this world on top.”