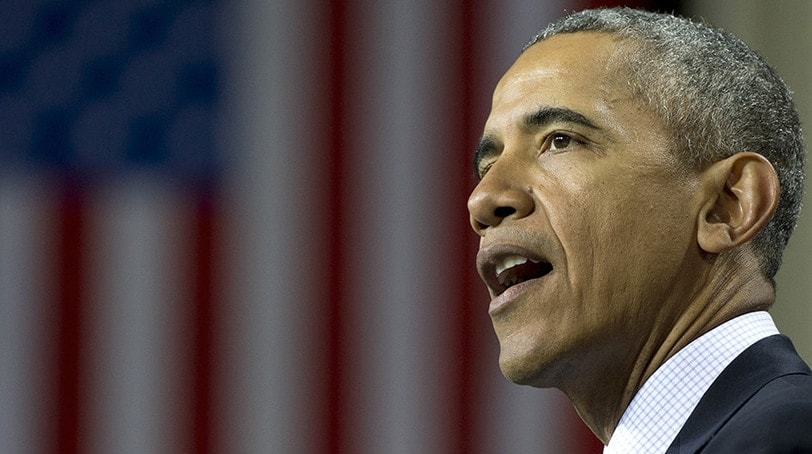 A national gun rights group on Monday chided President Obama after he called for a push to develop smart gun technology last week.

The Department of Justice followed up on Obama’s executive actions early this year with a report outlining a smart gun deployment strategy to deploy the technology in a meaningful way.

The Citizens Committee for the Right to Keep and Bear Arms, an affiliate of the Second Amendment Foundation, said the move is gun control in disguise – that the implementation of technology to make guns safer will only put people at risk and potentially infringe on the rights of gun owners.

“The president continues to refer to these efforts as ‘common sense steps’ to prevent accidents,” said Alan Gottlieb, who heads both gun rights groups, in a statement. “But instead of placing so much emphasis on questionable research, the same safety goals could be met through public education, including safety courses as part of the public school curriculum.”

The idea of public schools teaching gun safety is not a new one. In fact, several states have introduced legislation to that effect. And gun groups like the the National Rifle Association and the National Shooting Sports Foundation have pushed gun safety education for years.

The NRA’s Eddie Eagle GunSafe Program was started in 1988 and teaches children to “stop, don’t touch, run away and tell a grown-up” when they come across an unattended firearm and the NSSF’s Project ChildSafe calls on gun owners to “respect it” and “secure it” and provides free gun locks and information on gun safety.

But is public education enough? Many guns have for years now included manual safeties, which provide a reliable means to preventing accidental discharge of the weapon. What about mechanical gun locks?

In 2001 the NSSF voluntarily recalled some 400,000 faulty gun locks after it was discovered that some of them could be unlocked without a key. The answer is, there is no real definitive answer to preventing accidents or other unauthorized use of a gun.

It’s this same margin of error the gun lobby and firearms manufacturers fear could cause a weapon to malfunction if  safety technology were implemented and eventually mandated in all guns, which has prompted proponents of smart guns to point to the Apple iPhone and its seemingly successful biometric lock to prevent unauthorized access.

Safe Gun Technology uses a similar fingerprint scanner on its rifles and handguns and Sentinl offers a gun lock and safe, which use biometrics to secure handguns.

Other companies, like Armatix and TriggerSmart use radio frequency identification tags, technology commonly referred to as RFID, to prevent unauthorized firearm use.

Jonathan Mossberg, whose family started manufacturing guns some 97 years ago, has been working on a smart shotgun gun since the 1990s, when he split from the family business to start iGun Technology Corp.

Mossberg left to develop a shotgun which can only be fired when in close proximity to a ring outfitted with an RFID tag.

The third generation gunmaker has partnered with other developers and the Smart Tech Challenges Foundation to achieve what they say the gun industry has been trying to stop for years — bring a gun to market that can only be fired by an authorized shooter.

The biggest roadblock to implementation has arguably been the fear of a government mandate, much like what has become commonplace with cars and seat belts. The only difference in this analogy is that guns are one of the only consumer products protected by the U.S. Constitution. Driving is a privilege and not a right, which is why lawmakers wishing to mandate gun safety in the form of smart tech are looking at a long road ahead.

A New Jersey legislator recently rolled back a hard mandate in that state from requiring all guns sold be smart guns to dealers being required to carry at least one of the products once a gun deemed to be fireable only by the owner come to market anywhere in the country.

Because of this mandate, some smart gun manufacturers are stuck in the middle, seeking to distance themselves from anti-gun and gun-control groups, while seeking acceptance from a core group of consumers heavily influenced by the mighty gun lobby.

“As a businessman, wouldn’t you love your product mandated?” Mossberg told Guns.com during the Smart Gun Symposium in San Francisco in February. “Regardless of the financial gain to me, I am dead set against that. I don’t want any mandate at all. Basically, government, don’t help me, don’t hurt me, get out of my way and let the public choose what they want to have.”