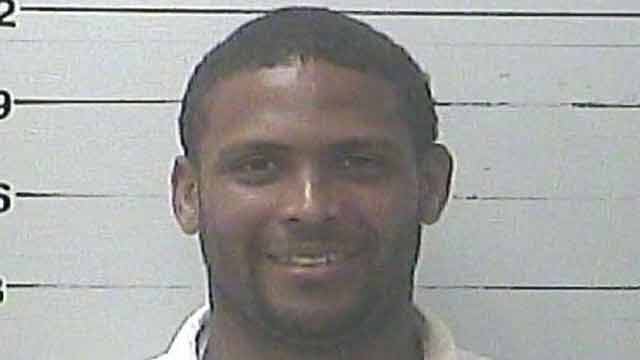 A naked man narrowly escaped being shot after he broke into a home in Harrison County, Mississippi, last month and tried to sexually assault the female homeowner as she lay in bed next to her husband.

The incident occurred around 6:30 a.m. on Saturday, April 23, after the suspect gained entry into the couple’s home while they were still asleep. The couple, who is in their 60s, also had their 9-year-old grandson at the house at the time.

The female victim, Rachel Kately, said she awakened with the naked man on top of her and began screaming, which woke her husband, Fred.

“I woke up and here’s this kid. He’s acting like he’s an exotic dancer on top of my wife,” Fred told reporters after the incident.

Rachel apparently threw the man to the ground and tried to hold him as Fred grabbed a gun, but the intruder tossed Rachel about. While the couple tussled with the intruder, their grandson apparently heard the commotion and entered the room. Upon seeing what was happening, the child dialed 911 then handed the phone to his grandfather.

Fred held the suspect at gunpoint, but warned the 911 dispatcher that authorities needed to act quickly.

“I was telling the lady at 911, ‘Y’all please hurry and send somebody here before I kill this kid,’” he recalled.

Fred, a Navy veteran, wasn’t shy in telling reporters that he wanted to shoot the man.

“I wanted to shoot him. Hey, get this over with. Give him a head shot and it’ll be all through,” he said.

But despite the terrifying ordeal, his wife pleaded with him to spare the suspect’s life. He said he was ready to deliver a head shot, but Rachel reminded him that their grandson was there. Then he contemplated pistol whipping the guy, but again, chose not to.

“When she asked me not to shoot that kid, already I had put in my mind, hey, this is too easy. He’s unarmed. He’s naked. He had no weapons and I’m the one who was in control,” Fred said.

Deputies arrived a short time later, wrapped the suspect in a sheet and arrested him on charges for home invasion and attempted sexual assault. He was identified as Kenda Casey, 32, and as it turned out, this wasn’t his first arrest. In fact, at the time of the attack he was on felony probation stemming from auto theft. Additionally, Casey has been arrested seven times over the last three years, this being the third incident in which he was found naked while participating in criminal activity. After last month’s arrest, he was held on a $300,000 bond.

Fred said Rachel, who was left bruised, is recovering and he just remains angry.