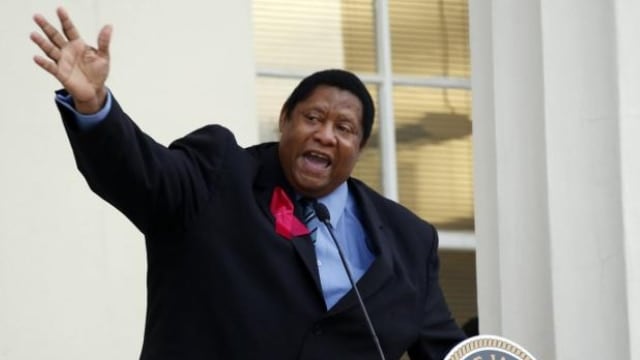 Kenny Stokes wants those who fire off a round in the City of Jackson to get at least three months behind bars. (Photo: Rogelio V. Solis/AP)

A long-term councilman in Mississippi’s capital and largest city this week introduced a proposed ordinance to mandate jail time for anyone discharging a gun in city limits.

Ward 3 Councilman Kenneth Stokes debuted the measure that would give those who fire a shot in town 90 days in jail and a $1,000 fine at Jackson’s May 3 council meeting.

“You must allow people in this city to feel safe, and if you’re asleep at night and then you’re hearing all this gunfire, you can’t feel safe,” Stokes told WJTV.

As noted by the City Clerk in Tuesday’s agenda, the proposal would amend Jackson’s city ordinances and set mandatory jail time and fines for the discharge of a firearm. While already a crime in the city, current violations are a citable offense, meaning those caught are subject to a ticket.

Further, it is unclear if Stokes’ proposed change allows for instances of self-defense, which could leave those who use a gun to lawfully protect themselves in violation of city ordinances.

However, the Legislature has shown a clear bend towards less regulation on guns, not more, passing open carry, purse carry and eventually constitutional carry laws, as well as resolutions to reject federal gun control measures in the past few sessions.

Mississippi has strict preemption laws mandating that no city or county can pass local laws governing the possession, transfer or sale of firearms or ammunition, but does allow for local regulation of the discharge of firearms and carrying guns at public meetings and parks.

“The city is permitted to create an ordinance,” said Reed Martz, an attorney familiar with Mississippi firearms laws.”(Stokes) doesn’t have to get state permission, but he does have to follow state law.”

This is not the first time the Councilmember has taken a stand on guns.

Stokes, who is on his seventh term as a Jackson city council member, gained a fair bit of notoriety earlier this year when he asked U.S. Attorney Gen. Loretta Lynch to look into a series of signs posted at an area gun show which took jabs at both Stokes and President Obama. In 2013, he protested the opening of a gun manufacturer in a Jackson suburb by equating the regulated production of firearms in the state to legalizing heroin.