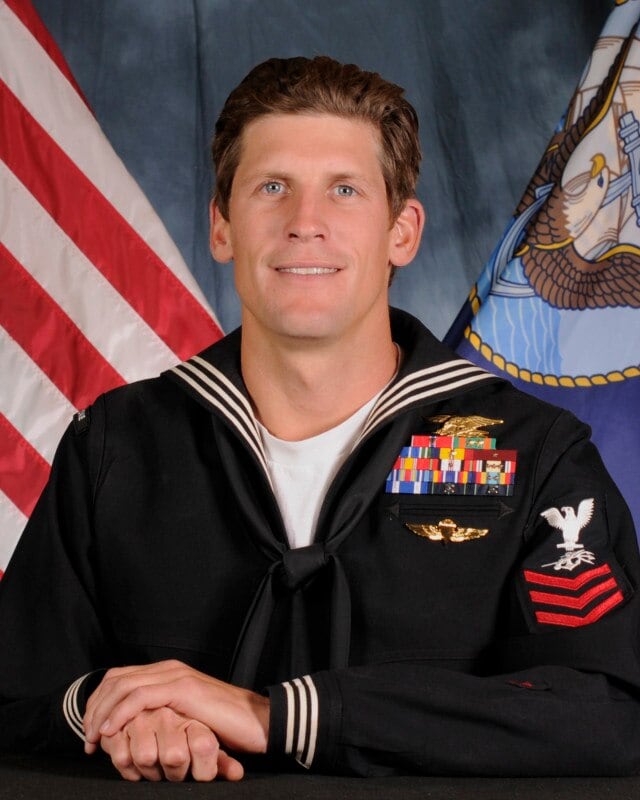 The Department of Defense has announced that Special Warfare Operator 1st Class Charles Keating IV, 31, of San Diego, was killed in action in northern Iraq on Tuesday.

Keating, who enlisted in the Navy in 2007, died from wounds suffered in combat during an attack by Islamic State forces on his unit. The former acclaimed high school distance runner and his team were responding to a local Peshmerga militia force’s request for assistance when they were attacked.

Keating was originally from Arizona where Gov. Doug Ducey ordered all flags in the state lowered to half-staff Wednesday in honor of the fallen SEAL.

“Mr. Keating is the third American service member to be killed in direct combat in our nation’s fight against ISIS,” said Ducey in a statement. “His death is a tragic reminder of the daily sacrifices made by our men and women in uniform – fighting evil and extremism on the front lines to protect freedom and democracy at home and throughout the world.

“Our thoughts, prayers and eternal gratitude are with Mr. Keating, his family, his fellow SEALs, and all of the brave Americans who’ve answered the call to serve,” said Ducey.

He graduated from Basic Underwater Demolition/SEAL training with class 266 in June 2008.