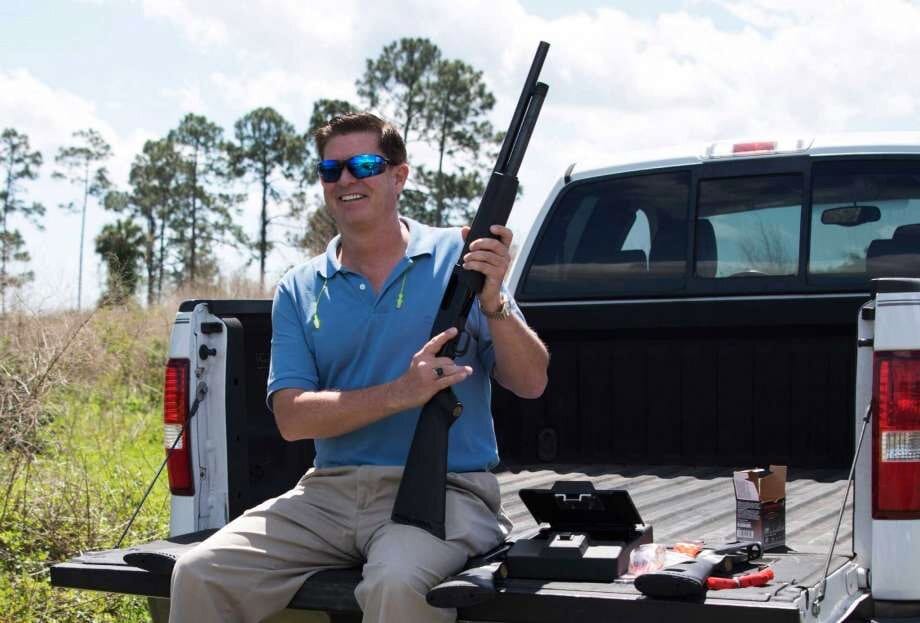 Third generation gunmaker Jonathan Mossberg on Wednesday responded to a statement put out by a national gun rights group this week attacking presidential action on smart guns and calling research into the technology “questionable.”

“I like Alan, but I think he’s off base on this one,” Mossberg told Guns.com, referring to Alan Gottlieb, chairman of the Citizens Committee for the Right to Keep and Bear Arms. “We’re so used to panicking at everything that comes out of the White House that even a ho-hum announcement creates a stir. If Obama looks at his watch and says, ‘It’s two o’clock,’ all of us gun people immediately suspect a ploy to take our guns away.”

Gottlieb on Monday issued a statement blasting President Obama after the White House announced the Friday release of a report outlining a strategy to deploy smart gun technology.

“The president continues to refer to these efforts as ‘common sense steps’ to prevent accidents,” said Gottlieb, who also heads the Second Amendment Foundation, in a statement. “But instead of placing so much emphasis on questionable research, the same safety goals could be met through public education, including safety courses as part of the public school curriculum.”

Mossberg defended the research and development he’s spearheaded for the past 16 years as president and CEO of iGun Technology Corp., which has been developing a smart shotgun that can only be fired when paired with a radio frequency tag inside of a ring worn by the shooter.

“The announcement is not a veiled call for gun control, but it may create an artificial market,” Mossberg said. “I am for complete freedom. Don’t help me, don’t hurt me. Let me choose. I thought the America I grew up in was like that.”

The Obama administration’s plan includes provisions for the development of smart guns for law enforcement, but industry experts and manufacturers have first been tasked with gathering information on what constitutes a smart gun. Their findings are expected by the end of the year.

“Now, if air marshals want me to build a special gun for them that will not function in a takeaway situation, I certainly will do that,” Mossberg said. “If the group for arming teachers wants a gun that won’t fire if a student grabs it, I’ll build them that gun. It’s about freedom to build and buy what the market wants. I would be the first to testify that smart gun technology should not be mandated.”

Obama’s list of executive actions issued early this year directed the departments of Homeland Security and Justice and Defense to begin researching smart guns for their eventual adoption, which would put Mossberg in a prime position when his smart handgun is ready.

The only other smart pistol available is the Armatix iP1, a .22-caliber that uses a watch in close proximity to activate the firing mechanism in the gun. At $1,800, the iP1 is considered too expensive for such a small caliber gun and law enforcement agencies have thus far been reluctant to adopt it.

Another argument from smart gun opponents is that the technology is unreliable. Armatix argues its iP1 boasts a 99 percent success rate in firing tests.

Mossberg recognizes reliability is an important standard and says his shotgun is up to snuff.

“Yes, that’s a concern and most people working on this technology have no idea about firearms or reliability,” Mossberg said. “But our iGun passed MilSpec 3433E endurance test, drop test, temperature test, etc. That’s not just reliable, but I dare you to go to any gun store and buy a gun that will pass those tests. And we did it 16 years ago with a circuit board and batteries in the gun. Those guns are still shooting reliably.”

Now Mossberg needs to raise money to shrink that technology into a handgun platform, where the market is big.

For Mossberg and other smart gun makers, the industry and gun rights crowd is their biggest hurdle. And smart guns didn’t exactly have the greatest introduction to its potential market.

One major reason for resistance is because of Smith & Wesson’s 2000 foray  into smart guns.

“The company cut a back-door deal with the Clinton administration, written by (New York Gov. Andrew Cuomo) to develop multiple safety standards, including building smart guns in exchange for easing up on mounting legal challenges,” Mossberg said. “This was an unconscionable action against the industry, against our rights and against common sense. Many people associate smart guns with that episode.”

And because some lawmakers are talking about mandating smart guns, the task is even more difficult.

One New Jersey legislator recently rolled back a hard mandate there from requiring all guns sold be smart guns to dealers being required to carry at least one of the products once a gun deemed to be fireable only by the owner comes to market anywhere in the country.

“I’m not advocating smart guns, I’m advocating freedom,” Mossberg said. “Worried about mandates? So am I. Take it up with your elected officials.”