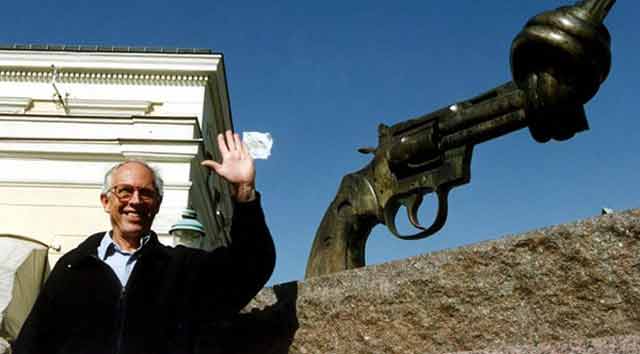 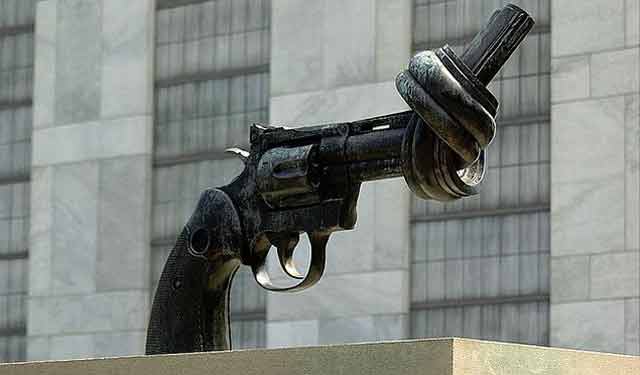 An artist who was well-known for an iconic sculpture he created of a revolver with a knotted barrel died in a hospital in Sweden Tuesday evening.

Carl Fredrik Reutersward, who was 81-years-old at the time of his death, became acquainted with John Lennon and Yoko Ono in 1969, and was inspired to create the artwork, “Non Violence,” after Lennon was killed.

“I was filled with bitterness and anger and immediately began to create a symbol for John Lennon and everyone else who has been a victim of such assassins,” Reutersward wrote after Lennon’s death.

Daniel Birnbaum, director of Stockholm’s Moderna Museet, said Reutersward “was instrumental in establishing contacts with the art scene in New York where everything was happening at an important time.”

Duplicates of the “Non Violence” sculpture, which became a symbol of peace, are displayed all over the world, including cities like Los Angeles, Berlin, Stockholm, Caen, France, and Luxembourg.

Reutersward leaves behind his wife, Tonie Lewenhaupt, and five children.