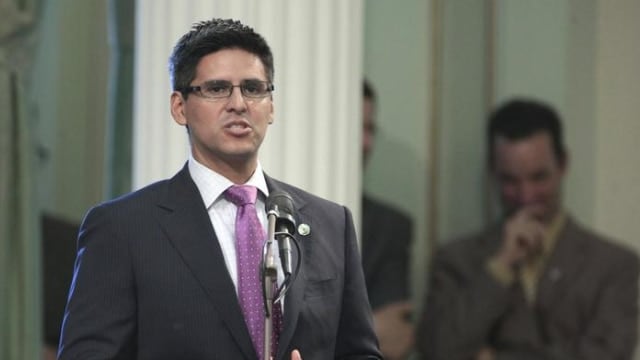 Taking advantage of the resignation of an Assembly lawmaker, Democrats moved in this week and gutted five of his bills, replacing language directed towards environmental issues with that taking on guns.

Asm. Henry Perea, D-Fresno, who led the moderate bloc of lawmakers in the chamber, announced last December he was resigning his seat to become a pharmaceutical lobbyist. However legislation he introduced before leaving office has been hijacked and added to the bevy of tough anti-gun proposals already working their way through the legislature.

The bills were amended on May 4 by Dems led by Senate President Pro Tem Kevin de León, currently locked in a battle with Lt. Gov. Gavin Newsom over who will lead the charge towards expansive new gun regulations California.

Second Amendment groups are blasting the controversial tactic, calling it an abuse of the legislative process.

“It is shameful legislative leadership would invoke such extraordinary procedures just to shove more anti-civil rights legislation into an already overflowing hopper,” said Craig DeLuz, legislative advocate for Firearms Policy Coalition, in a statement emailed to Guns.com. “I think people would be hard pressed to find another group that is as persecuted politically, and legislatively, as are those who practice their Second Amendment rights.”

DeLuz was hard pressed to find a comparable instance in which California lawmakers sought to steamroll legislation to the Governor’s desk.

“At least in the past, they gave the illusion of caring about the public process,” he told Guns.com Thursday. “Now, just like with the minimum wage hike, they cut backroom deals and then push it through. Democracy be Damned!”

The measures have been referred to the Democrat-controlled Public Safety Committee. The corresponding Senate committee last month passed a half-dozen gun control bills in easy votes along party lines.