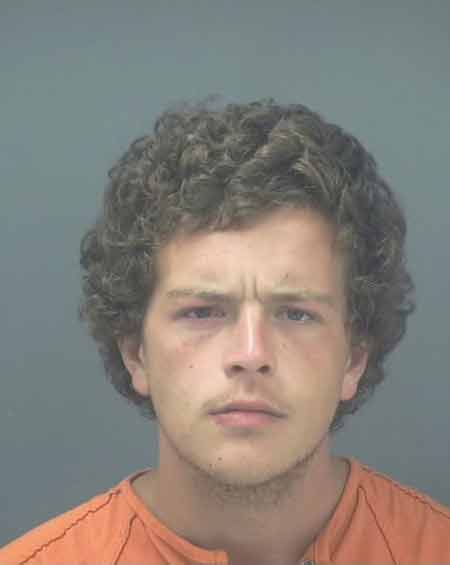 A man is recovering from a gunshot wound after he was shot while attacking his own father in his Navarre, Florida, home Sunday afternoon.

According to reports from the Pensacola News Journal, the father, Robert Spenler, said his son, 21-year-old William McClanahan-Spenler, is an “on-again-off-again” resident at his home and on Sunday morning the father awakened to find his son in his home.

Some time during the day, the two became engaged in a verbal altercation, but around noon it escalated to violent proportions. Spenler told police his son came into the man’s bedroom armed with what he described as an “antique sword” and threatened to kill him. Spenler then retrieved a shotgun and fired a shot with what he called an intention of “winging” his son.

The shot struck McClanahan-Spenle in the shoulder, causing him to drop the sword, run out of the home and to a neighbor’s house for help.

When authorities arrived a short time later, McClanahan-Spenle was taken to a local hospital to receive care for the non-life threatening gunshot wound. He was treated and released later that afternoon into custody of the Santa Rosa County Sheriff’s Office.

McClanahan-Spenle was charged with aggravated assault with a weapon and was being held without bond.

Spenler, who was uninjured during the incident, said he believes his son – who has a prior arrest record that includes trespassing, burglary and theft – suffers from some sort of mental health issues as well as substance abuse problems.

Authorities said based on the evidence and information they have at this time, it appears McClanahan-Spenle was the primary aggressor during the incident and his father acted in self-defense.

“A year ago one of our deputies was attacked with a sword right around that same area,” Sgt. Rich Aloy with the Santa Rosa County Sheriff’s Office told a local ABC affiliate. ”It’s unusual, it’s not something you come across everyday, being attacked by a sword.”