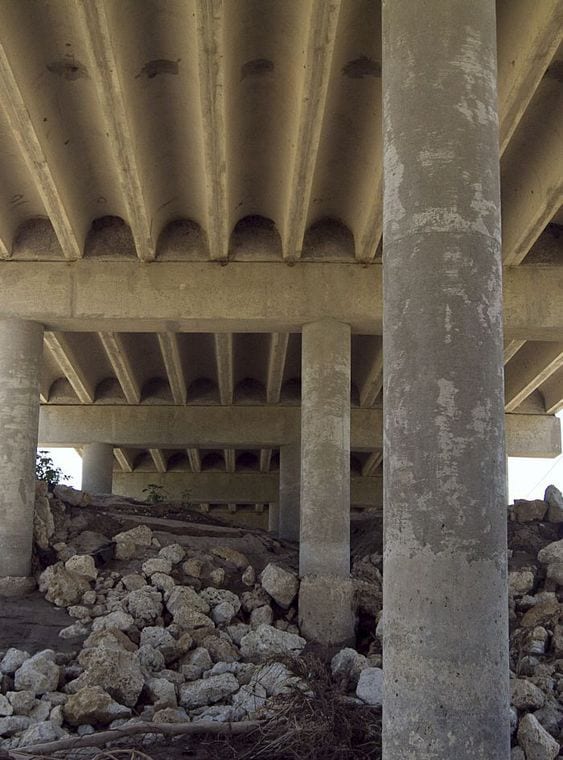 An area bomb squad and ATF agents disabled an IED found under a well-traveled road outside of a small Central Texas town Tuesday.

The device was discovered by two teens rabbit hunting in the area outside of Rosebud, under the FM 1963 bridge, as noted by the Temple Daily Telegram.

The hunters drove to a nearby volunteer fire station where one of their fathers was attending a regular meeting. This led the firefighters to the site late Tuesday, where they found a duct-taped two-liter bottle filled with liquid, an initiator and shrapnel.

Local law enforcement cordoned off the area while the McLennan County Bomb Squad was called in, arriving after 10:00 p.m. followed by an agent of the Bureau of Alcohol, Tobacco, Firearms and Explosives according to KCEN. Once on scene the technicians x-rayed the device and found it contained shotgun shells and an undisclosed liquid that was later tested to be flammable.

Using a PAN disrupter and a water cannon, disposal technicians blew the IED apart and retrieved the pieces for testing.

In all, the road was shut down for approximately six hours.

Authorities are not sure of a motive for planting the device, though they caution it was a very clear threat to public safety.

“Having that much liquid in it, it would have set off a tremendous fireball as well as the shrapnel that was in it. It was very workable if it would have gone off as planned,” McLennan County Sheriff Parnell McNamara told the Waco Tribune. “It was extremely dangerous, but I am extremely glad that no one was hurt or killed by this device.”

Some who responded categorized the IED as the work of an amateur, made as an attention-getter.

“I think whoever put it there didn’t think it would escalate to this point,” said Jay Shults, a Rosebud Volunteer Fire Department firefighter who was among the first on the scene. “They didn’t think the ATF would be called in.”

Senior Special Agent Nicole Strong, an ATF spokesperson in the agency’s Houston office told Guns.com simply, “It was an IED with no suspect info and no injuries,” and that the “Investigation continues.”

This article was updated with a statement from the ATF.