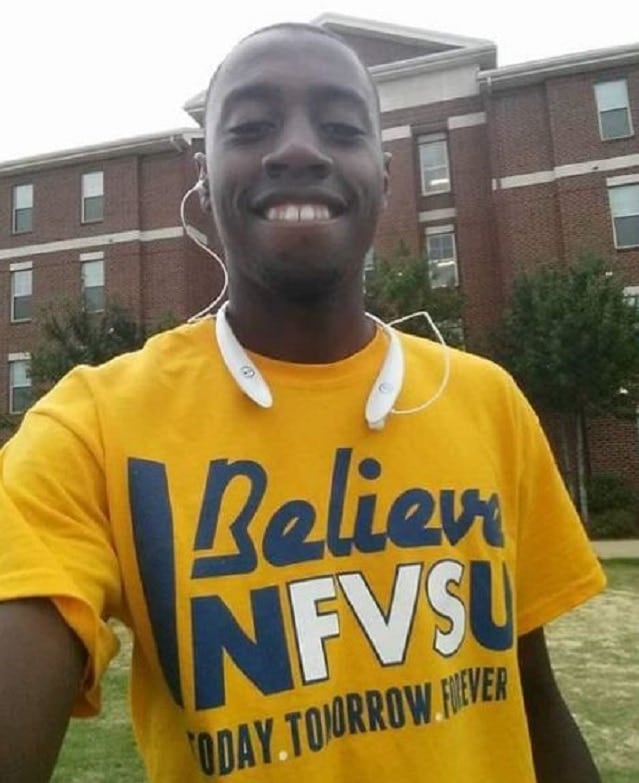 The same day Gov. Nathan Deal rejected a measure to allow concealed carry at post-secondary schools, an Fort Valley State University freshman was fatally stabbed on campus after he came to the defense of three women.

The attack Tuesday afternoon left Donnell M. Phelps, a freshman Agricultural Engineering Technology student, dead at the main entrance to the campus and a security guard injured. Georgia Bureau of Investigation officials have identified a suspect in the incident, Joseph Anthony Scott Jr., a 25-year old former FVSU student who was taken into custody shortly after the stabbing.

As detailed by a statement from the school Scott entered the campus around 5 p.m. and began to harass and grope three female students. It was then that Phelps chose to intervene and was allegedly stabbed repeatedly by Scott. A security officer, identified as Ernest Johnson, was injured trying to stop Scott from leaving campus. The man was ultimately subdued by a faculty member and held until campus police arrived.

“Words cannot describe the pain we feel. We’re absolutely devastated by the actions that took the life of Mr. Phelps and injured Mr. Johnson,” said Fort Valley State University president Dr. Paul Jones. “We as a university will come and support each other, because we are resilient and will support the Phelps family and Mr. Johnson who is on the road to recovery.”

In his veto statement the Republican Governor held up the state’s schools as a safe haven that otherwise lawfully carried firearms would disrupt, saying,” “From the early days of our nation and state, colleges have been treated as sanctuaries of learning where firearms have not been allowed. To depart from such time-honored protections should require overwhelming justification. I do not find that such justification exists.”

Second amendment rights activists point to Tuesday’s violence as an example that illegal weapons are already present on campus. In Scott’s case, knives with a blade over 2-inches long are classified as a weapon at FVSU and banned from the gun free zone. An autopsy conducted this week found that Phelps was stabbed four times by a knife with a 3.5-inch blade, as reported by the Bristol Herald-Courier.

“The fact remains, no matter how the gun prohibitionists want to paint it, the campuses in Georgia are not safe havens for themselves or their children,” Jerry Henry, executive director of GeorgiaCarry.org told Guns.com Thursday. “Anyone who steps onto a campus in any state should be afforded the same constitutional rights as they are one inch away from the property line of such campus.”

Meanwhile, a candlelight vigil for Phelps will be held Thursday, May 5 at 7 p.m. in front of the Wildcat Commons Club House. There also will be a balloon release in honor of Phelps’ memory.