Georgia cop among 48 indicted by feds for gang activity 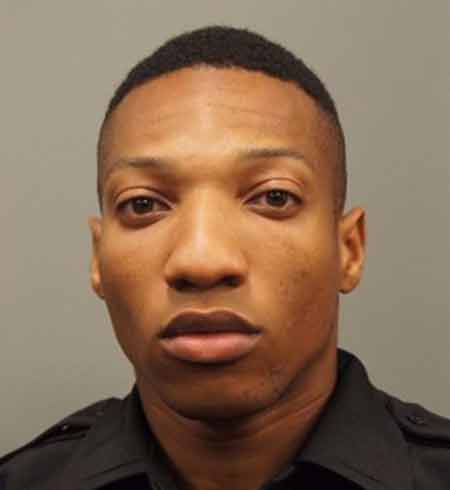 Vancito Gumbs is accused of being a “hitman” for the Gangster Disciples while working as a police officer in Dekalb County. (Photo: Dekalb County Police Department)

Indictments for 48 suspected members of the Gangster Disciples Gang was unsealed on Wednesday, and according to a press release from the Justice Department, one of those named individuals was a police officer in Dekalb County, Georgia.

Forty five members, scattered across nine states, were taken into custody, while three remain at large. Among those indicted were also two top gang members in Tennessee and Georgia.

The violent gang, which was started in the Chicago area in the 1970s and is now active in at least half of the states across the country, is involved in a wide range of criminal activity, including murder, drug trafficking, extortion and firearm crimes, in addition to numerous types of financial fraud.

Court documents described the gang as highly organized, with strict rules and structure. In an effort to keep that structure, members and associates who failed to properly abide by the rules could face beatings by other members and even be murdered for their misconduct. For example, a 17-year-old was shot dead for wearing the wrong t-shirt, while another recruit was killed after he failed to attend a community charity function, a type of event which was often used as a guise for illegal activity.

The gang is believed to be responsible for at least 10 homicides, a dozen attempted murders and a whole host of crime in the Atlanta metropolitan area over the last few years.

U.S. Attorney Edward L. Stanton III said dismantling these types of violent gangs remains a high priority for his office and every available resources will be used to rid communities of the ruthless terror and fear they inflict on its residents.

“It is the very of core of law enforcement’s mission to ensure that everyone feels safe in their homes and neighborhoods,” said Assistant Attorney General Caldwell. “It is a hard reality that many people across our country simply do not enjoy this basic sense of security because of gangs like the Gangster Disciples.”

U.S. Attorney John Horn noted that in the past Atlanta has been excluded from national gangs like the Gangster Disciples, but the indictments only show that is no longer the case.

“We hope this indictment warns the leaders of these gangs that Atlanta is not a good place to do business,” Horn concluded.

And among those indicted out of Georgia was 25-year-old Vancito Gumbs, who served as a Dekalb County police officer while being an active member of the Gangster Disciples.

Special Agent in Charge J. Britt Johnson, with the FBI’s Atlanta Division, referred to the organization as being like a cancer that spreads and infects the people in the community.

The case, which includes the preceding investigation leading to the indictments, is a joint effort between numerous federal and local agencies.