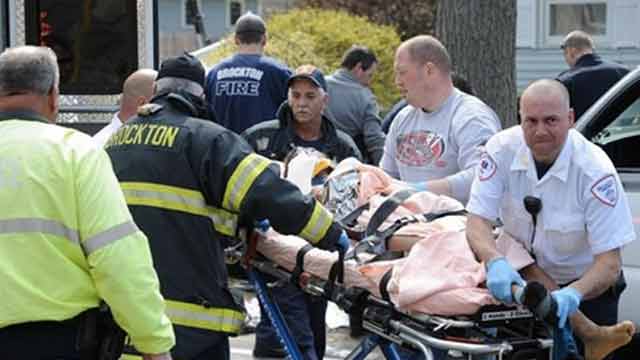 The 15-year-old survived being shot, but now has a criminal record. (Photo: Marc Vasconcellos / The Enterprise)

An attempted robbery Friday afternoon in Brockton, Massachusetts, did not go as planned when the attempted target pulled a gun of his own and shot the suspect trying to rob him.

The two, who had been texting each other about a dirt bike for sale, met just before 3 p.m. to complete the transaction. The victim, who is from the city of Pepperell, about 60 miles from where the attempted robbery occurred, agreed to purchase the dirt bike from the teen for $700. However, when he showed up, the masked teen attempted to rob him at gunpoint.

There was a struggle over the suspect’s gun, before the victim finally reached into his truck and retrieved his 9mm. The victim fired three shots, striking the suspect a single time, Lt. Kenneth LeGrice with the Brockton Police Department told The Enterprise. At that point, the suspect took off running down the road while still wearing his mask, but collapsed on the side of the street not far from where the robbery attempt occurred.

After authorities arrived, the 15-year-old boy, whose name has not been made public because he is a juvenile, was taken to the hospital to be treated for what was deemed non-life threatening injuries. The would-be victim was not reported to be harmed.

After receiving medical treatment, the suspect was charged with armed robbery while masked. 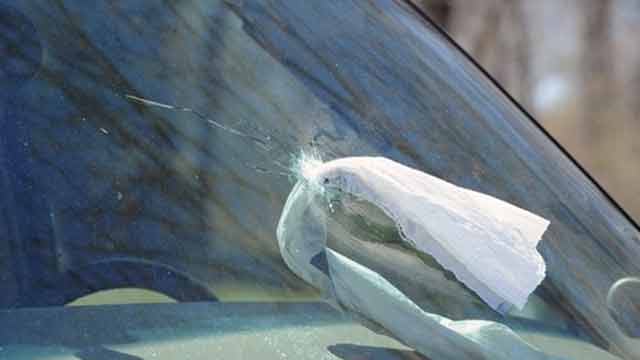 Be sure of your target… and beyond. (Photo: Marc Vasconcellos / The Enterprise)

LeGrice said the day after the incident that no charges had been filed against the intended victim, who has a valid license to carry a firearm. Local media made attempts to talk with the man, but their requests were not granted.

Susie Ciulla-Hall lives on the block where the attempted robbery unfolded. She said the windshield on her vehicle was struck by a stray bullet, but she’s glad her family is safe. She also said she heard the gunshots, then saw the suspect running up the street with his mask still on.

“We just walked in the house,” she said. “Thank God we just got in. My kids are always outside playing.”