A whole other kind of magazine subscription 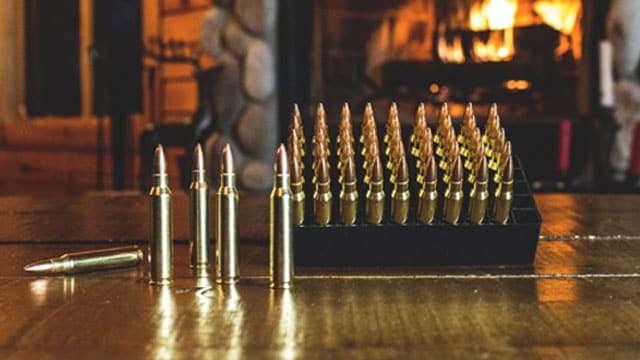 With subscriptions being all the rage these days, two Pennsylvania men are launching a new service with shooters in mind. Ammohawk was founded by Brian Lash and Josh Jarvis of Pittsburgh and adapts the concept of subscription boxes to the gun world, offering gun enthusiasts a solution for ammunition supply and storage.

At press time, CEO Brian Lash provided no response to whether those caliber options would include a range of choices like full metal jacket, hollow point or match loads. Post-publication addition: this and other questions about the service have been answered, and will be included in a follow-up next week.

Inaugural members must be existing subscribers to the Ammohawk mailing list, which the company is building by offering a chance to win a Sig Sauer P320 and ammunition for anyone subscribing by May 31.

With each month’s purchase, Ammohawk procures live ammunition and allocates it to the subscriber’s “locker.” Subscribers can log in to the Ammohawk website and check their supply. While there, they can order ammunition to be shipped to them for free, watch their stash accumulate, or sell back/trade ammunition with the company. All of those functions can be done online.

Storage and security is, of course, a concern with ammunition supplies, so Ammohawk’s ammunition is stored in multiple, secret locations, the company said.

Ammohawk’s website calls this model “the future of ammo distribution” and reminds readers of the value of regular ammunition purchases as protection from fluctuations in the market and political climate, which affect price and supply.

This novel purchase and storage option may be especially attractive to people living in jurisdictions like New York City, where 17 guns and thousands of rounds in one’s home is described in the news as “an arsenal.”