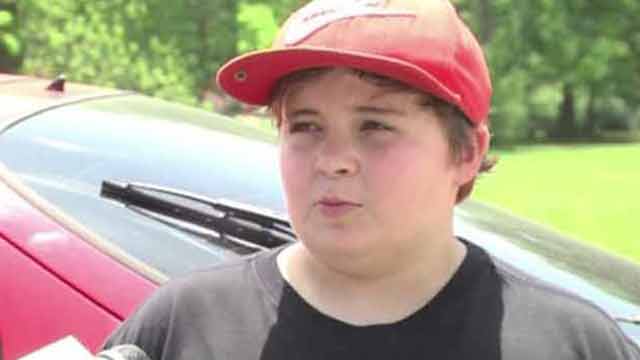 Chris Gaither, who was home alone at the time of the break-in, said after he shot the burglar, the man cried “like a little baby.” (Photo: WVTM)

A man who was shot in the leg by an 11-year-old boy while fleeing from a burglary in Talladega last week was arrested Monday.

Christopher Ryan Stringfellow, 33, who appeared to be leaning on crutches as his mug shot was taken, was found by authorities at a mobile home park near the Coosa Valley Industrial Park, about 10 miles from where the burglary occurred. He was charged with first-degree burglary and given a $250,000 bond, according to the Anniston Star.

Stringfellow is accused of breaking into a home last week while the young boy, Chris Gaither, who is homeschooled, was home alone. After going through the home and apparently collecting loot in a clothes hamper, Stringfellow, who was armed with a pistol, allegedly threatened the young boy before he walked out of the home to make his escape. Chris, who was armed with a handgun, confronted the intruder, but Stringfellow did not stop. 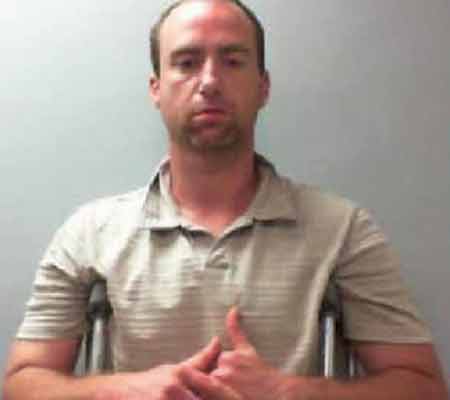 Christopher Ryan Stringfellow is facing burglary charges while he recovers from a gunshot wound to the leg. (Photo: Talladega County Metro Jail)

“When I pulled the gun, I guess he didn’t think it was a real gun because he kept on walking,” Chris said in an interview with local media a short time after the incident.

As Stringfellow climbed over a fence around the property, Chris fired 12 shots from a 9mm at him and struck him once in the leg. Chris said Stringfellow then “started crying like a little baby.”

The Gaither family said their home had been targeted for break-ins several times in the past, but as far as they knew, they were not acquainted with Stringfellow. Authorities did not say if they believed he was responsible for any of the previous break-ins or how they identified him as the suspect in last week’s incident.

Due to the child’s age, Talladega police Chief Jason Busby declined to release any information about him or the family.