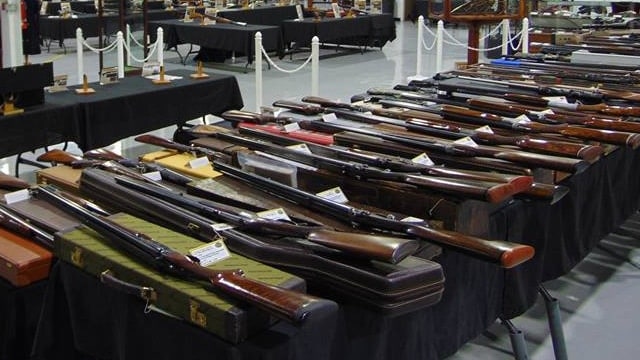 Firearms on display in the showroom at the Rock Island Auction Company before bidding started the weekend of April 29-May 1. (Photo: RIA)

“Never in our history have we had more live phone bidders, online attention, or more attendees, and it provided some very exciting moments throughout the weekend,” the company said in a statement about the event held April 29-May 1.

The company also set a world record for selling a single firearm. The rifle — a Winchester 1886 rifle that had been awarded to a U.S. solider for capturing the Apache warrior Geronimo and ending the Indian Wars — sold for a total of $1.265 million on day two of the auction.

Other high selling items include a 1931 Springfield prototype of the M1 Garand, which sold $172,500 — almost four times the original asking price. Another was a prototype Czechoslovakian rifle Model S that more than tripled in value, selling for $97,750.

The company’s next auction, which features more than 660 items, is scheduled for the end of May.