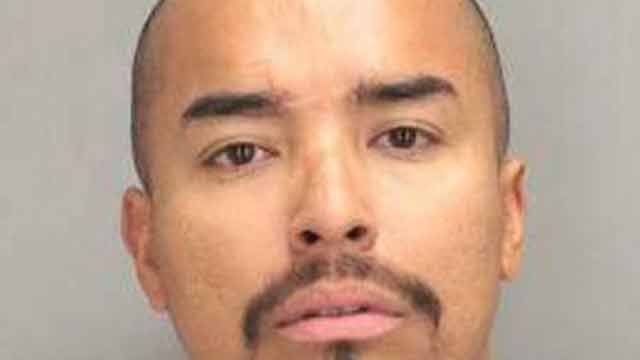 A plan to blow up a Jewish synagogue in Aventura, Florida, was thwarted and the man planning the attack arrested, the Department of Justice announced in a press release Monday.

Following a weeks-long investigation by the Federal Bureau of Investigation and the South Florida Joint Terrorism Task Force, James Gonzalo Medina, 40, of Hollywood, Florida, was arrested Friday night as he walked toward the Aventura Turnberry Jewish Center with what he believed was an explosive device. The device, which was inoperable and never posed a threat to the public, was given to Medina by an undercover agent working with the FBI.

Medina had been the center of an investigation that started in March after authorities were contacted by an individual concerned over Medina’s discussions about wanting to blow up a synagogue. Medina studied the synagogue where he planned to carry out the attack and later told the undercover agent that he wished to obtain an explosive device that could either be placed under a car or thrown over the wall surrounding the facility.

Investigators learned Medina planned to carry out the attack during the Passover. According to authorities, Medina expressed no concern over harming innocent casualties, which would include women and children. During the course of the investigation, the undercover agent presented numerous opportunities for Medina to back out of the plan, but he did not appear to be interested.

According to court documents, Medina wanted to leave some sort of “clue” behind after the bombing that would link the act to ISIS. Individuals acquainted with Medina told authorities that they believed he wished to be a “martyr.” Medina also indicated he hoped the bombing would inspire other Muslims to carry out similar acts.

Medina was charged with attempting to use a weapon of mass destruction. If convicted, he could face up to life in a federal prison.