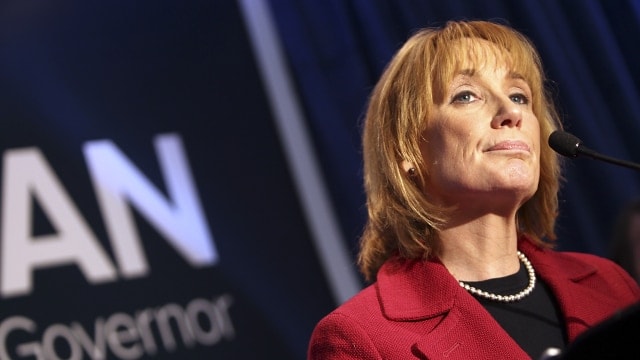 Gov. Maggie Hassan, who is currently the Democratic challenger to one of the state’s U.S. Senate seats, is expected to veto the permitless carry legislation headed her way. (Photo: NH Journal)

The New Hampshire state Senate on Thursday gave final approval to a measure that would make concealed carry without a permit the law of the land in the Granite State.

The House proposal to repeal the mandate to obtain a permit before carrying a concealed handgun passed the House with a 206-146 vote earlier this year and was approved 14-10 this week, sending it to Gov. Maggie Hassan who vetoed similar legislation last year.

“There is ample evidence we should pass this bill,” said Sen. Andy Sanborn, R-Bedford, in April during Senate debate on the proposal.

The measure, HB 582, keeps the state’s current concealed carry permit system that has been in place since 1923. However, it makes clear that the fact those permits exist does not prohibit unlicensed transport or carry of a concealed pistol or revolver in a car or on one’s person if the carrier is an adult legally able to possess a firearm. Retaining the option of issuing permits would allow state residents to carry while traveling to other parts of the country that honor New Hampshire’s current licenses.

Two of New Hampshire’s neighbors, Vermont and Maine, both have permitless carry laws.

Gun control proponents argue the move is wrong for the state.

Desrochers is banking on a repeat of last summer’s veto rejection, which is likely.

“New Hampshire moms strongly oppose this dangerous legislation that will put our families in harm’s way, and we are hopeful Gov. Hassan will once again veto HB 582 when it reaches her desk,” said Desrochers.

State Second Amendment groups such as the New Hampshire Firearms Coalition and the National Rifle Association back the reform.