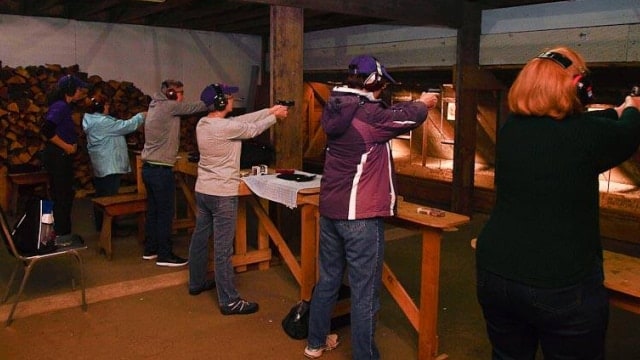 There are now over 129,000 women in Washington with concealed carry licenses, and the number is growing. (Photo: The Well-Armed Woman-Grays Harbor, WA Chapter/Facebook)

According to figures from the Washington state Department of Licensing, the number of women seeking out concealed pistol licenses has skyrocketed in recent years.

Between January 2013 and the end of April, the number of female permit holders in the Evergreen State climbed from 80,016 to 129,428, as reported by the Kitsap Sun. Importantly, while licenses are also up among men, who still hold the majority of the state’s over half million licenses, the growth rate among women is increasing at a higher rate.

“I did think about it really hard and kind of went back and forth a couple of times, but I knew in the end it was probably a good idea,” Hannah, 22, a survivor of sexual assault who preferred not to disclose her last name, told the Sun. “Better to have it and not need it than to need it and not have it.”

Washington has a liberal “shall-issue” policy when it comes to CPLs, which are obtained within 30 days from an individual’s local police department or sheriff after a background check. A five-year permit costs about $55 and is recognized in at least 10 other states.

There are a number of advocacy groups in the state that cater to women interested in shooting.

The Well Armed Woman, a national organization that “empowers, equips and educates women about gun ownership and protection” has seven chapters in the state while another group, Washington Outdoor Women, teaches skills including hunting and shooting to women and girls at hands-on workshops via mentoring.

The phenomenon of changing opinions among women towards carrying firearms was noticed two years ago as well. In 2014, the Seattle Times’ own analysis of CPL records found the growth rate for women getting new permits is twice as fast as that of men, and the common theme for seeking a permit was a strong desire for self-defense.

The National Shooting Sports Foundation, the trade organization for the gun industry, has long-held this for a fact, noting in a 2015 report the single most important reason women decided to purchase or otherwise own a gun was for defense, both of self and home. Companion studies by the National Sporting Goods Association found the number of women participating actively in shooting sports from 2003 to 2013 grew by a figure of 39 percent.

To argue these figures, the Trace, a journalism start-up funded by Michael Bloomberg’s Everytown for Gun Safety, consulted the General Social Survey, who held there was no meaningful directional change in the percent of women owning guns in the past three decades, which the NSSF rebutted.

Alan Gottlieb, executive director of the Bellevue, Washington-based Second Amendment Foundation, told Guns.com Thursday the increase in the number of women carrying a firearm in the state did not surprise him.

“In fact, I just returned from the Concealed Carry Expo in Atlanta and the number of new companies making accessories for women that carry concealed has exploded,” said Gottlieb. “Many are even owned by women. This proves that there is a large increase in the number women now carrying a handgun for self-defense.”