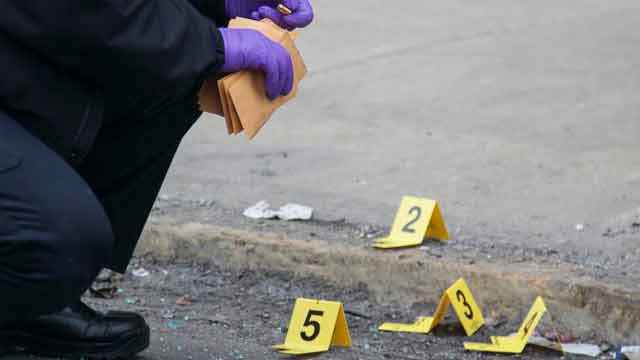 In the first two months of the year, Chicago had already seen a two-fold increase in the number of homicides from the same period in the previous year. (Photo: Chicago Sun-Times)

Despite calls for peace over Mother’s Day weekend, gunfire claimed seven more lives in Chicago and wounded another 41 across the city.

A total of 48 people were shot in 48 hours, with exactly half of those shootings – 24 – occurring within an eight-hour span from Friday night into Saturday morning. The first shooting over the weekend occurred just after 8 p.m., killing one and injuring two. The last incident unfolded around 3:20 p.m. Sunday, finally followed by hours of calm.

Several of the weekend incidents were drive-by shootings, while at least one was domestic-related. In that incident, a 16-year-old boy was shot in the torso three times during an argument with a 33-year-old man. At least seven of the weekend’s shooting victims were teenagers, ranging in age from 15 to 18 years old, according to reports from a local NBC affiliate.

Just two months into the year, The Windy City was already on track for one of its deadliest years, with the homicide rate for January and February 2016 more than doubled from the same time frame the previous year. Likewise, year to date, Chicago has seen 185 people fatally shot, for a total of 208 homicides so far this year, with stabbings being the second-leading cause of intentional deaths behind gunshots. An additional 1,050 people have been wounded in shootings this year, with the overwhelming majority of victims being black males.

Chicago Police Superintendent John Escalante previously pointed to gang activity as the leading cause of violence, and noted an unsettling new trend of gang-related exchanges over social media.

Meanwhile, authorities are working to reduce violence by taking down violent offenders and getting illegal guns off of the streets. In February, one raid resulted in 64 arrests, 40 of which were documented gang members, as well as 19 weapons and illicit drugs with a street value of over $200,000. During another sweep of the city in the same month, 50 illegal guns – including an AK-47 – were confiscated, along with 50 pounds of cocaine and $10,000 in cash.