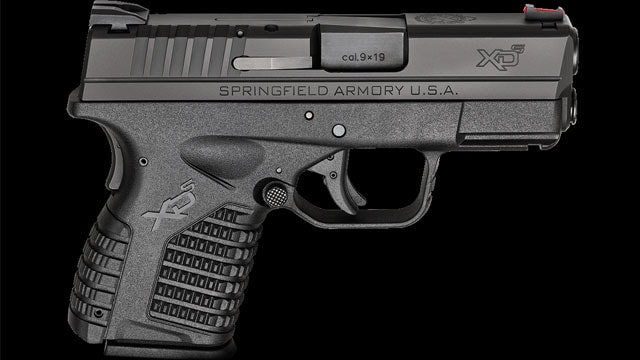 As of April 7 of this year, New York City police officers will be allowed to select a new adaptation of the Springfield XD-S 9mm for off-duty and backup carry.

The XD-S series has earned its place in the civilian sector as a concealment handgun. For NYPD though, adopting even a widely accepted, well-established brand and model is quite a process for both agency and manufacturer. That process is based on a policy that has attracted criticism from many in the firearms training sector.

The XD-S adapted by Springfield for NYPD is not entirely the same XD-S as usually seen in the gun store. What they have in common is a packable 0.9-inch profile, 23-ounce weight, and standard inclusion of both seven- and eight-round magazines. Both versions have 3.3-inch hammer forged carbon steel barrel treated with Melonite.

The differences between the standard and NYPD models of the XD-S are a result of work by NYPD’s Firearms and Tactics Unit with Springfield to develop a firearm that meets NYPD specifications. The Unit then tested the firearms as part of the approval process.

Springfield says the performance of the new guns is unchanged by the adaptations made to the disconnector and grip safety spring to bring the gun into compliance with NYPD’s 12-pound trigger pull requirement. The normal XD-S trigger pull is roughly half as heavy.

The topic became a hot one in August 2012, when officers pursued and shot a man who had just murdered a former coworker at the Empire State Building.  As he fled down a sidewalk, he opened fire on police. Nine civilians were injured as a result of the police rounds that missed their mark during the shootout.

Former police officer and well-known instructor John S. Farnam of Defense Training International said, regarding the incident, “their twelve-pound-trigger-equipped Glocks (via the mandatory NY-2 trigger modification) are surely not conducive to accuracy! Under the same circumstances, I’m not sure I would have done any better.”

Of course, urban environments are rather unforgiving in a ballistic event such as that one. Farrnam’s report on the incident says three of the injuries were the result of a direct impact. Other injuries were incurred by ricocheted bullets or spatter.