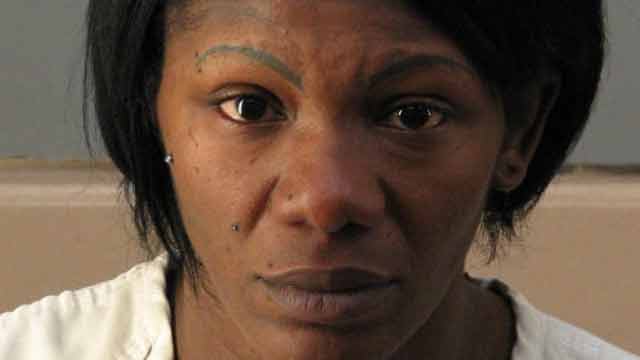 A 36-year-old woman who fatally shot her boyfriend during a domestic dispute outside of their Birmingham apartment earlier this year is currently facing capital murder charges.

Michelle Horn is accused of shooting and killing her live-in boyfriend, Charles “Moonie” Birchfield, 27, on Feb. 16. According to reports from AL.com, the couple became engaged in an argument over Birchfield’s contact with other women, including at least one previous girlfriend. During the altercation, which was witnessed by Whitney Moore, who also lived at the apartment, as well as another individual who did not wish to be named, Birchfield retrieved two guns – an AK-47 and a .45-caliber long gun. He then threatened to “blow their heads off,” Birmingham Homicide Detective Marcus Robinson testified in court Monday. Birchfield then placed the guns on the couch as he proceeded to gather his belongings.

Soon thereafter, Horn took the magazine out of the AK-47, grabbed the .45 and walked out of the door. Horn got into her vehicle and backed up, leaving about 50 yards between the vehicle and the apartment. Witnesses said Horn remained in the car, but the confrontation between the two continued.

According to witness testimony, Birchfield came out of the apartment at least two times after Horn left, and Horn fired the gun at least twice. Birchfield also grabbed the AK-47 and aimed it at Horn as she sat in the car, targeting her with the gun’s laser. Media reports did not indicate whether the gun’s magazine was still missing at that time.

As Horn began to drive away, Birchfield threw a brick at the vehicle. At that point, Horn fired the final shots, striking Birchfield multiple times.

Horn then immediately called 911 to report what transpired. When officers arrived on the scene, Birchfield was pronounced dead. Investigators determined during the exchange Horn fired a total of five shots. Birchfield was shot multiple times and two bullets went into two separate apartments – one that was occupied and one that was empty at the time.