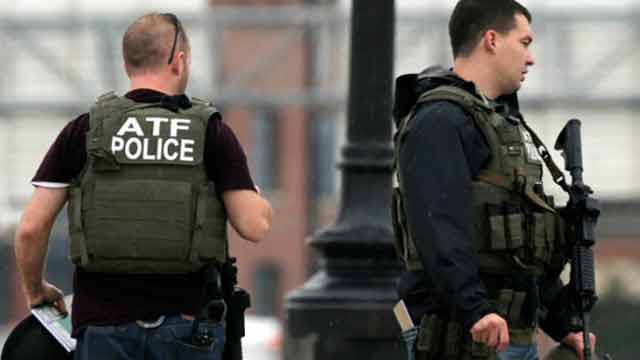 Of the top five reporting international countries, Mexico requested the greatest number of traces, with more than 17,000. (Photo: Getty Images)

Throughout 2015, the Bureau of Alcohol, Tobacco, Firearms and Explosives completed more than 364,000 traces for firearms used in crimes throughout the world, the agency announced in a press release Friday.

According to the ATF’s website, the National Tracing Center stands alone as the only facility of its kind authorized to gather trace data for both the United States and foreign countries, which can then be turned over to international, federal, state and local law enforcement agencies. The data gathered is invaluable for helping to fight crime, as it provides insight on a number of avenues, including tracking information and trends.

Furthermore, trace information, which is initiated at the request of local law enforcement, can be used to generate investigative leads and ultimately increase public safety.

The top counties requesting reports – all of which were released Friday – include Caribbean nations, Canada, Mexico and several Central American countries.

Canada called for a total of 1,431 firearm traces from the ATF last year. Caribbean countries accounted for 1,362 of the firearm traces, while the Central American countries of Belize, Costa Rica, El Salvador, Guatemala, Honduras, and Panama requested 8,282 firearm traces in 2015. Topping the international charts was Mexico with a whopping 17,704 firearm trace requests.

Still, domestic traces account for the vast majority of those conducted by the Bureau. Official 2015 firearm trace data for the United States has not been released, but likely will this summer. However, looking over prior years’ trends, the U.S. requested more than 264,000 firearm traces in 2014 alone. The most commonly recovered calibers in the U.S. for that year were .22 and 9mm. The most popular types of guns used in crimes were pistols, followed by revolvers and rifles.