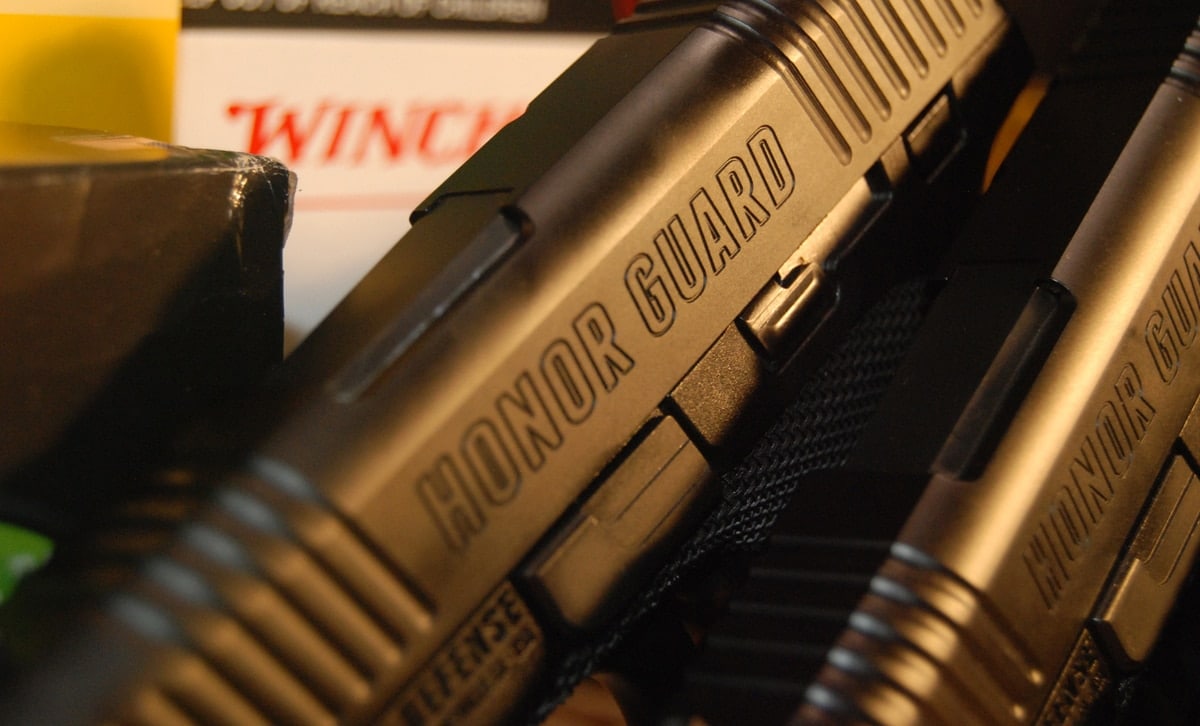 Santa Cruz authorities approved pistols made by emerging gun maker Honor Defense as back up guns for law enforcement officers in the area.

Inspectors with the Santa Cruz County District Attorney’s Office gave the new 9mm design the thumbs up after a series of test that evaluate function and accuracy, Honor Defense said in a statement Monday.

Official approval by a law enforcement agency could open doors for other opportunities like future contracts or just credibility with the more lucrative civilian consumer markets.

“Everyone at Honor Defense is very proud that Investigators of the Santa Cruz DA’s Office can now carry our handguns,” said Gary Ramey, president of the handgun company.

“The Santa Cruz District Attorney’s Firearms Training Unit testing has demonstrated the accuracy, comfort and reliability of our pistols,” he added.

According to the statement, members of the unit were pleased the ergonomics and the reduced recoil. They compared them with other compact 9mm models they also tested and commented “The rod/recoil spring combo are top notch.”

Honor Defense, out of Gainesville, Georgia, launched the Honor Guard series of 9mm pistols last year around October, the beginning of trade show season. The company told Guns.com that it wanted to focus on minutia and practicality rather than braggadocio.