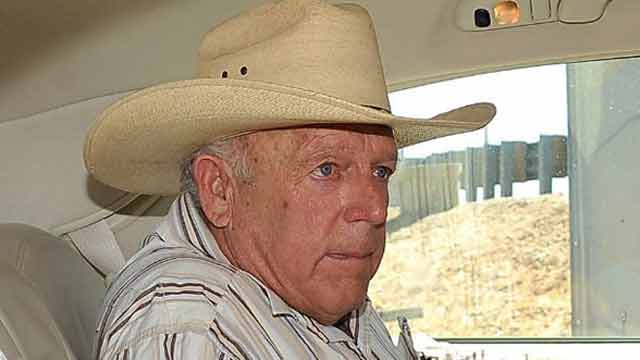 If convicted of the charges he currently faces, Cliven Bundy, 70, could likely spend the rest of his life in prison. (Photo: Getty Images)

Bundy, who is 70-years-old, was arrested in February in Portland as he was making his way to the Malheur National Wildlife Refuge in Burns, where two of his sons – Ammon and Ryan Bundy – were engaged in a more than month-long occupation. Bundy’s arrest stemmed from a similar incident that occurred in 2014 between the Bundy family and the Bureau of Land Management over grazing rights. Bundy’s standing up over what he believed was government overreach drew droves of supporters – many of whom were armed – before the BLM eventually backed off. Or so it seemed.

Bundy now faces numerous charges, including conspiracy to commit an offense against the U.S. and conspiracy to impede federal law enforcement officers, in addition to assault and threats against a federal law enforcement officer, extortion and carrying a firearm in relation to a crime of violence. Bundy has maintained his innocence and, in fact, the complaint calls the agents involved in the 2014 standoff “the equivalent of federal storm-troopers,” while referring to Bundy and his family as “peaceful cowboys.”

Furthermore, the complaint claims that both Sen. Reid and his son, Rory, along with President Obama conspired to gain the land owned by Bundy, which is adjacent to land already owned by Reid. Bundy also contended Sen. Reid planned to, in turn, sell that property in the interest of the Chinese.

Additionally, Bundy accused President Obama of acting in a “threatening, mocking and disparaging” manner when he cracked a joke about Bundy at the White House Correspondent’s Dinner following the protest near Bundy’s ranch.

In addition to his release and dismissal of current charges, Bundy is seeking $50 million in restitution for “illegal, unconstitutional, intentional and malicious acts.”