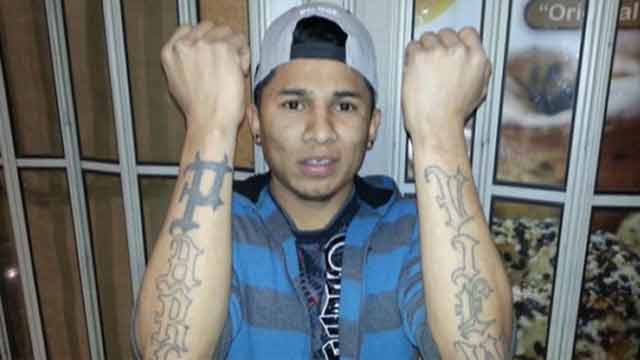 Jose Alejandro Lopez-Torres was convicted for his part in a failed murder plot, as well as the brutal stabbing and dismemberment of a fellow gang member believed to be a snitch. (Photo: U.S. Attorney’s Office)

After less than two days of deliberations, a jury in a Virginia court convicted six more members of the violent street gang La Mara Salvatrucha, or MS-13, Monday on various charges stemming from three brutal murders and a failed fourth attempted murder.

Prosecutors originally charged 13 members of MS-13 with the crimes. However, before the trial, six of the gang members pleaded guilty, then turned and testified on the others as part of plea deals, while one MS-13 member will have an entirely separate trial, the Justice Department said in an announcement.

The convicted defendants — who range in age from 18 to 31 years old and played varying parts in the crimes — each face a mandatory life sentence. Sentencing will be handed down later this year.

The defendants and their convictions are as follows.

The failed murder plot, which was planned with the help of an incarcerated gang member via a contraband cell phone, occurred in October 2013 and the intended target, “Peligroso,” was a fellow gang member believed to be a snitch. Two of the defendants, along with other individuals, drove to a high school in Woodbridge, where Peligroso was taking night classes, with the intention to confront and kill him.

However, authorities were alerted to the plan beforehand by one of the gang members, and Peligroso was, in turn, advised against going to the school that night.

When authorities searched the vehicle, which had been under surveillance, they discovered two machetes and a sawed-off shotgun.

One week after the failed murder plot, MS-13 member Nelson Omar Quintanilla Trujillo, who was believed to be the one responsible for alerting police of planned murder, was killed by fellow gang members. Trujillo was lured to a park in Falls Church, where he was stabbed to death then dismembered. His body was buried in a shallow grave in a nearby wooded area.

Nearly six months later, gang members used the same park as a place to lure MS-13 recruit Gerson Adoni Martinez Aguilar, who was accused of breaking gang rules, including stealing money from the gang and having sex with an incarcerated gang member’s girlfriend. Aguilar was also stabbed to death before his head was cut off and his body buried.

Omar Castillo also played a part in the stabbing and dismemberment of a fellow gang member. (Photo: U.S. Attorney’s Office)

About three months later, in Alexandria, three gang members, one of whom was released from prison eight days prior, shot and killed Julio Urrutia, who they believed to be a rival gang member, during a random, chance encounter on the street. Urrutia was shot in the neck at point blank range.

The seven-week trial was described by presiding federal judge Gerald Bruce Lee as “an epic and complex case for this court,” and included testimony from over 40 witnesses, gang experts, former gang members and law enforcement.

“Extreme violence is the hallmark of MS-13, and these horrific crimes represent exactly what the gang stands for,” said Dana J. Boente, U.S. Attorney for the Eastern District of Virginia. “This was a highly complicated, death penalty eligible case with 13 defendants and more than two dozen defense attorneys.”

Likewise, Paul M. Abbate, Assistant Director in Charge of the FBI’s Washington Field Office, said the gang has “terrorized our local communities with senseless, depraved acts of threats, intimidation and violence,” but made it clear “no gang can protect them from facing justice for their crimes.”