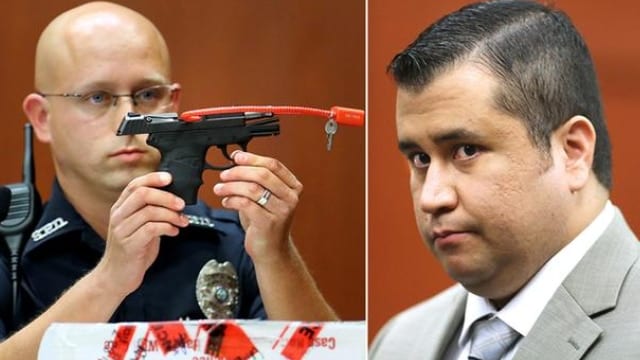 Update: As of 11: 50 the auction was listed as “no longer in the system” on Gunbroker’s site.

There are just over 30 Kel Tec PF-9s listed for sale on Gunbroker, but only one is being sold by GZ1776 listed as an “American Firearm Icon.”

George Zimmerman is auctioning off the 9mm semi-auto used by him on the night of February 26, 2012 in a 24-hour auction Thursday.

“Many have expressed interest in owning and displaying the firearm including The Smithsonian Museum in Washington D.C. This is a piece of American History,” reads the description. “It has been featured in several publications and in current University text books. Offers to purchase the Firearm have been received; however, the offers were to use the gun in a fashion I did not feel comfortable with.”

As for the condition of the gun, Zimmerman notes, “The firearm is fully functional as the attempts by the Department of Justice on behalf of B. Hussein Obama to render the firearm inoperable were thwarted by my phenomenal Defense Attorney. I recognize the purchaser’s ownership and right to do with the firearm as they wish. The purchaser is guaranteed validity and authenticity of the firearm.”

Moreover, if you think this is a hoax pulled by a Gunbroker troll (GZ1776 is a new user with no feedback), Zimmerman told WOFL, a local Florida Fox station. “I’m a free American. I can do what I like with my possessions,” Wednesday, confirming the gun was up for sale on the site.

The auction proceeds, which has a starting price of $5,000, will go to Zimmerman but the description holds that a portion, “will be used to: fight BLM violence against Law Enforcement officers, ensure the demise of Angela Correy’s persecution career and Hillary Clinton’s anti-firearm rhetoric.”

News of the Zimmerman auction led the New York Daily News, who has often editorialized against the gun industry, mass shootings and Second Amendment groups, to change their cover for Thursday.