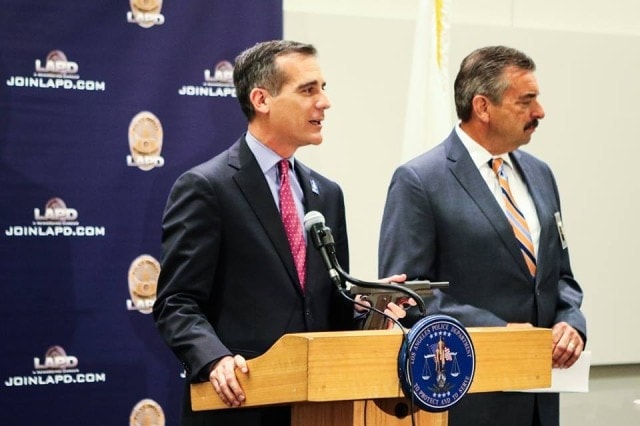 Mayor Eric Garcetti– shown holding SDJ’s M1911– and LAPD Chief Charlie Beck presided over a press event this week showing off some of the guns turned in May 7. (Photo: LA Mayor’s Office)

Los Angeles city officials showed off a selection of firearms harvested in the city’s annual buyback this week, including one registered to a former Rat Pack member.

Mayor Eric Garcetti and Los Angeles Police Department Chief Charlie Beck spoke at City Hall on Wednesday next to a table of guns including what appeared to be a Thompson semi-auto carbine, a few AK-pattern rifles, and some AR-15 lower receivers. The guns were part of a 791-weapon haul from the City’s annual Gun Buyback event held last Saturday.

One of the handguns, as reported by the LA Daily News and KNX 1070 was a surplus M1911 .45ACP that had once been registered to performer and well-know firearms enthusiast, the late Sammy Davis Jr. 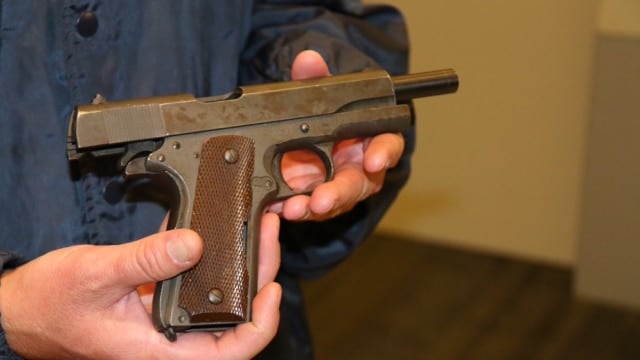 A milsurp M1911 belonging to Sammy Davis, Jr. was turned in and city officials told Guns.com it could be destroyed. (Photo: Pete Demetriou/KNX 1070)

“Only in Los Angles would you find a gun whose registration might have been held by Frank Sinatra, members of the Rat Pack,” said Garcetti.

A handout from the Mayor’s office detailed that, “364 handguns, 237 rifles, 144 shotguns, and 42 assault weapons,” were collected at two locations over the weekend along with four guns, including a pen gun, that were classified as “other.” 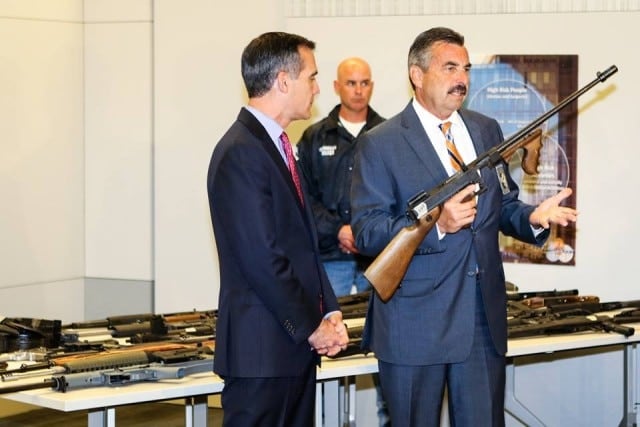 Local media described this gun as a “World War I-era Thompson machine gun,” though Thompsons were not produced until the 1920s and the gun pictured appears to be a post-war semi-auto replica as the full-auto versions had a 10.5-inch barrel and the one in Beck’s hands looks significantly longer. (Photo: LA Mayor’s Office)

The long-running buyback, which has garnered over 15,000 guns since 2009, allows individuals to surrender unwanted firearms in exchange for up to $200 in Ralph’s gift cards, a supermarket chain in the Southern California region owned by Kroger.

Though many argue that buybacks have little effect on crime, the Mayor contends the program run by the city’s Office of Gang Reduction and Youth Development is needed. 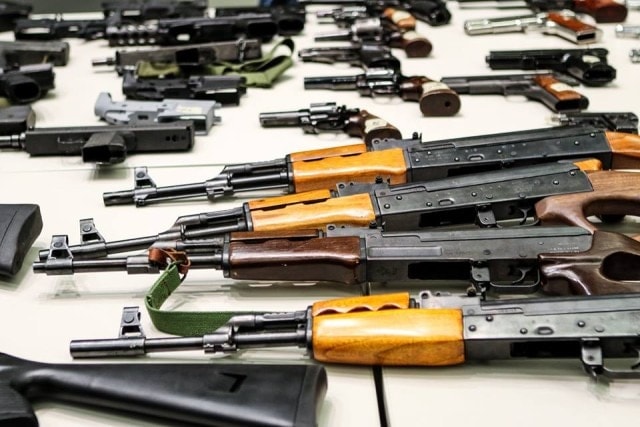 The guns shown off for the media Wednesday represent a small portion of the 791 turned in (Photo: LA Mayor’s Office)

“Fewer guns in our neighborhoods means fewer chances for them to kill, injure, or terrorize the people we love,” said Garcetti. “If we prevent a single shooting, then the Gun Buyback program has been a success.

As far as the fate of the Sammy Davis Jr. pistol, a spokesperson with the LAPD advised Guns.com on Thursday that, “the original owner will be contacted and given the option to have the gun returned. In the case they don’t want them or the person (owner) is not living then the gun will destroyed.”

The entertainer died May 16, 1990 at age 64 in Beverly Hills after a battle with throat cancer. 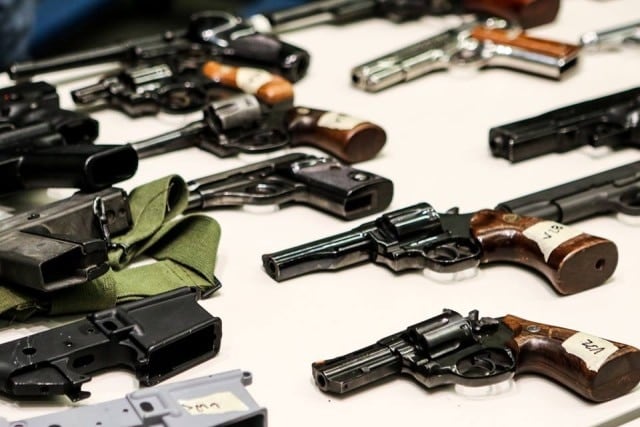