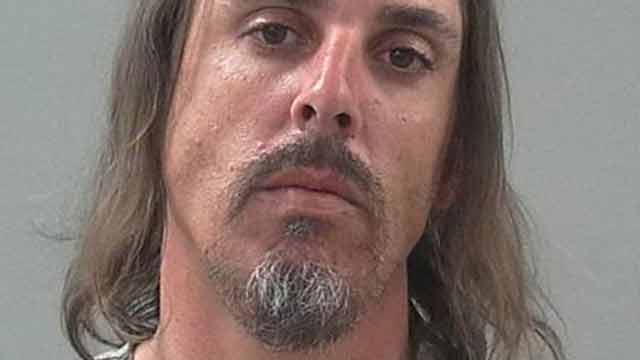 Scott Sandlin was arrested, but is currently out on bond. (Photo: Riverdale Police Department)

The Utah man who authorities say shot and killed his girlfriend in self defense has enlisted the help of a high-profile attorney to fight drug and weapon charges connected to the incident.

Yengich is a well-known defense attorney who often takes high-profile, “blue-collar” cases — those often associated with accusations of murder, assault, drugs and the like. The Utah State Bar named him “Lawyer of the Year” last August for exemplifying professionalism through his ethical and personal conduct.

The Salt Lake Tribune described him as having “an unapologetic, tell-it-as-it-is attitude and a history of representing both the penniless and the powerful with equal fervor.”

In response to a question about what type of cases he likes to take, “the deeply religious Yengich bursts into a monologue that answers the question, but also includes a winding commentary about his frustration with how the news media cover the accused, how Americans should ‘be teary-eyed’ when thinking of the Declaration of Independence and the Bill of Rights, and concludes with a biblical story.”

Although Sandlin was cleared in the shooting death of his girlfriend authorities discovered marijuana, drug paraphernalia, two handguns, a shotgun and a rifle inside their home in Riverdale, Utah.

According to authorities, Sandlin called 911 after a domestic dispute with Jenna Manuel, 30, on Super Bowl Sunday ended in gunfire. When authorities arrived, Manuel’s body was found lying on the kitchen floor. She had been shot three times and was pronounced dead at the scene.

Investigators later learned the couple’s argument, which was heard but not visually witnessed by their 8-year-old daughter, stemmed over “how Jenna pays all of the bills while Scott sits and watches TV all day,” an officer said in an affidavit he was told by the young girl.

Authorities gathered evidence which supported the theory that Sandlin fired in self-defense as Manuel came at him with a large butcher knife. The case was eventually forwarded to the Weber County Attorney’s Office, where the same conclusion was drawn and Sandlin was cleared of any wrongdoing.

According to authorities, the marijuana and paraphernalia was within his daughter’s reach, so he was charged with child endangerment. Additionally, a blood test turned up THC in Sandlin’s system. Due to the presence of the THC, Sandlin was dubbed a person prohibited from possessing firearms.

Sandlin’s next court appearance is scheduled for June 30 where attorneys will discuss whether the case will be advanced to a preliminary hearing.