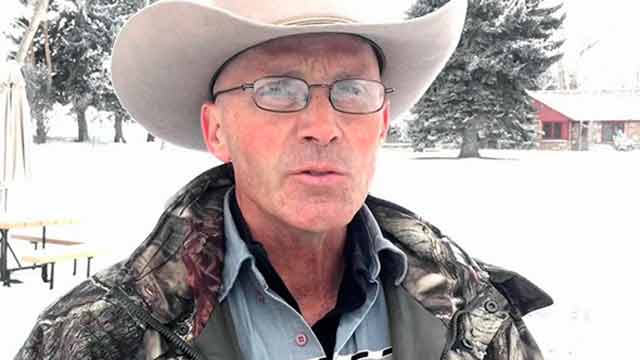 While the shooting of LaVoy Finicum was already deemed justifiable, some are not satisfied with the investigation thus far.

The letter, which was also sent to Oregon Rep. Greg Walden and FBI Director James Comey, was penned by Arizona Rep. Bob Thorpe and signed by 12 additional members of the Arizona House and Senate.

According to the letter, Brown previously expressed concern over the circumstances surrounding the death of Finicum, who was shot by Oregon State Police after fleeing a traffic stop. Finicum, who was shot three times in the back, was on his way to a community meeting in John Day, after occupying the wildlife refuge for more than a month. Additionally, Walden said he was left “bewildered by the role of the FBI agents.”

“As representatives of the citizens and State of Arizona, we share your concerns and urge you to ensure a full, complete and transparent investigation into how United States citizens, who merely exercise their Constitutional 1st Amendment rights of free speech and to peaceably assemble, are treated now and in the future,” Thorpe wrote.

The Justice Department later deemed the shooting justifiable, but there was – and still remains – concern by some over certain details surrounding the shooting, including the fact that shots appeared to be fired while Finicum held his hands up. Furthermore, two FBI agents are under investigation for apparently firing two shots – then later lying about them – during the incident.

Thorpe also expressed concern over Finicum being labeled a terrorist, and noted a description offered by Finicum’s daughter, Tierra.

“The kind of narrative that is going through our country is that he was [a] domestic terrorist, gun slinging and violent man. That is not my dad,” Tierra said. “He is a principled man. He is a gentle and diligent person.”

Tierra added that her father studied great works of literature, including the Bible, and “lived by true principles.”

Thorpe continued the letter by saying those who knew Finicum would attest to the belief that he was not a terrorist and, in fact, “was incapable of spreading fear and harming America,” which Thorpe said is the very definition of a domestic terrorist.

“Our nation was founded by men who not only questioned the arbitrary and capricious actions of unreasonable authority, but who also stood up against that authority, and in so doing, forged a Constitutional Republic,” Thorpe said.

He also noted that Finicum’s actions were “insignificant” in comparison to the founding fathers, but queried, “If our nation’s founders lived today, would they be vilified and labeled as domestic terrorists, merely for political reasons?”

Thorpe concluded that patriotic Americans should not be demonized simply because they question authority, and called for “the State of Oregon and the Federal Bureau of Investigation to uphold their legal responsibility to fully and transparently investigate this tragedy, and to vindicate those who have been wrongly accused.”