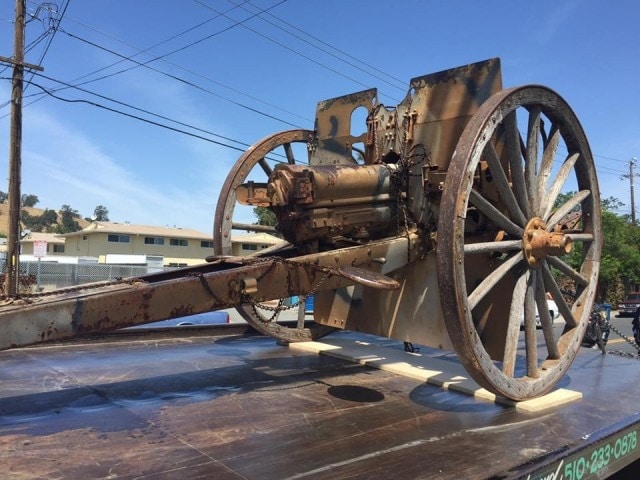 Thieves cut the locks and removed the gun from its resting spot of more than 70 years, then sold it for $1,200. (Photos: Richmond Police Department)

Police in Richmond, California speculated that the cannon nabbers took advantage of Cinco de Mayo (?!) to ward off any concerned citizens who saw them hauling around a vintage piece of artillery when they stole the large gun.

“The suspects towed away the inoperable cannon with a teal or blue regular cab, midsize to full size pick up truck with grey or silver rear bumper and wheels,” noted RPD on their social media account on May 11.

Reports cite the weapon, which had been at the hall since 1947, is a World War I era 105mm howitzer, though it looks to us a lot like a German 7.7 cm Feldkanone 96 neuer Art (7.7 cm FK 96 n.A.) with it’s distinctive folding splinter shield and two front step/seats. But anyway, a Great War gun is a Great War gun no matter the caliber. 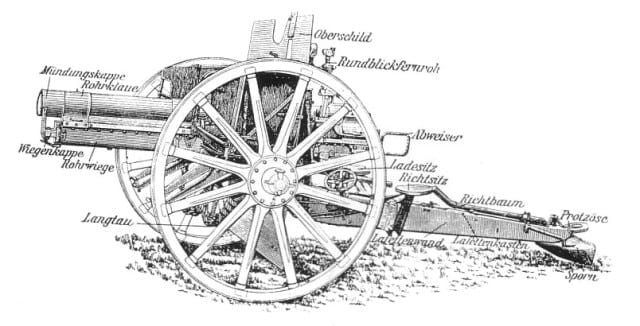 Then, the day after the story was carried by local media, authorities got a call from a concerned citizen in nearby Martinez who happened to have just paid individuals unknown $1,200 for an ornamental cannon he had in his yard. Police went over and found it was no coincidence– the man had forked over hard earned money for a purloined field gun. “This gentleman was more than helpful and felt absolutely horrible he had inadvertently bought a stolen piece of American history,” noted Richmond PD on social media.

The gun was recovered and brought back to the Veterans Memorial Hall.

Police are still investigating. Hopefully they can get the short-term cannon owner’s scratch back as well. 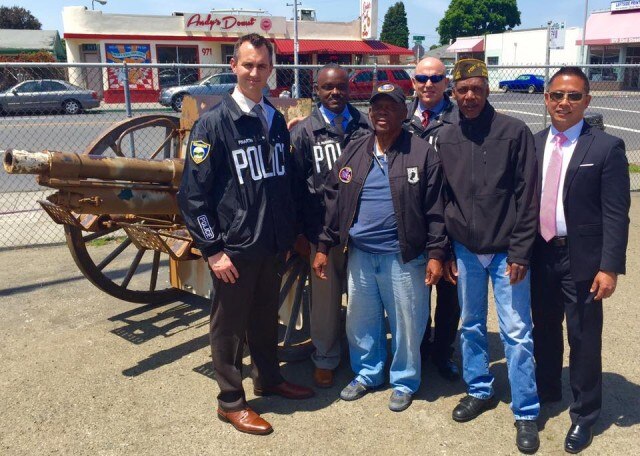