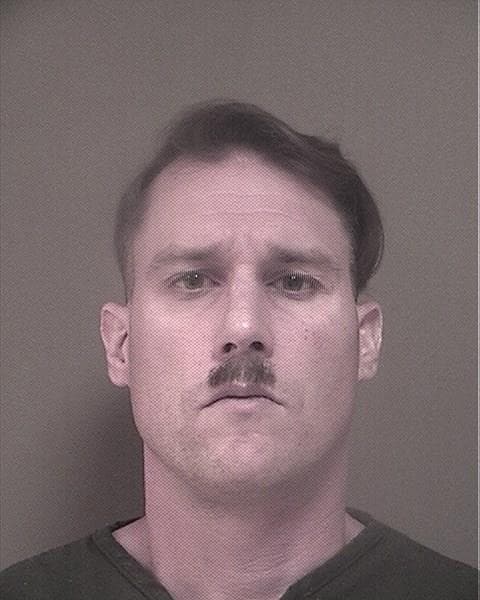 A convicted felon with ties to white supremacy was arrested on gun charges after police identified suspicious activity in a rural area of New Jersey during a routine patrol, the Lacey Township Police Department announced Sunday.

Bruce Post, 42, of Trenton, was arrested early Sunday afternoon on several gun and gun related charges when police found him and another man in the wooded area with the hardware, shovels and tarps. Post had been convicted on charges related to a 1995 murder that was committed by his brother.

Officers patrolling an area rife with criminal activity, trespassing and off-road vehicle violations saw a suspicious vehicle parked off of a path that led deeper into the woods. About 100 yards away from the car, they they found two men: Post — who was wearing combat gear and carrying an AK-47 rifle, a Walther P38 pistol, eight 30-round magazines and 100-round drum magazine — and a second man only identified as a 38-year-old from Trenton.

Despite the suspicious nature of the encounter, police searched the area with a K-9 unit but did not find additional evidence, police said.

The second man was detained but not arrested, police said and added that the investigation is continuing and charges may still be filed.

Post was hit with a slew of charges that include felony possession of a firearm and ammo. He’s currently being held at an Ocean County jail and his bail was set at $400,000.

According to local media, Post is tied to a brutal murder, which was committed by his younger brother, Joseph, who is still in prison. The murder was the subject of the documentary titled Evil Kin: Brothers in Arms, which also reported that the elder Post liked to dress in a Nazi uniform and goose-step around his childhood neighborhood.

Because of his well publicized past history, Lacey Police are asking anyone with information that might be helpful to this investigation to contact them at 609-693-6636.