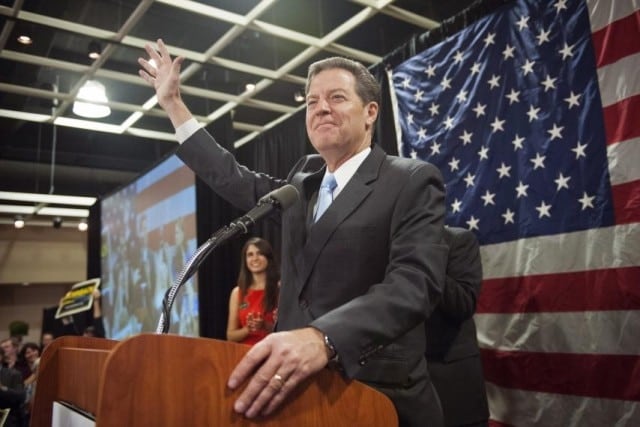 Gov. Sam Brownback signed a popular bill into law last week that widens protections for public employees to carry firearms while at work.

The measure, blocking local and state governments from imposing controls on the carry of concealed weapons by their employees in addition to other reforms, earned a 92-28 approval in the House and a 32-6 vote in the state Senate.

Brownback signed the legislation without comment but proponents of the measure argue it is needed to preserve public employees’ right to keep and bear arms while going about their work.

“To say that our public employees, that we’re worried about them and that we don’t trust them is an insult to them,” said Sen. Forrest Knox, R-Altoona, as reported by the Hays Daily News. “We obviously trust them. We obviously have confidence in them. That’s why they’re doing their job. This just allows them to protect themselves if it’s needed.”

The proposal, HB 2502, prohibits public non-school employers from restricting otherwise legal carry of a concealed handgun by their employees, even in government-owned vehicles. City, county and state workers can already have a handgun in most government buildings under the state’s broad right to carry laws, but had no protection on having a weapon in their public vehicle.

Not all were happy with the change.

“There’s just no need for public employees to carry guns with the exception of public-safety officers,” said Wichita City Council member Janet Miller. “It’s possible and probable that gun owners and carriers are inadequately trained to use those weapons and it always opens the door for mistakes that can have deadly consequences.”

In addition to the concealed carry expansion, the new law amends the Kansas Weapons Free School Act to exclude air guns under .18 caliber and with a muzzle velocity of under 700 feet per second when used in school-sponsored events and clubs such as JROTC and 4-H.

Finally, language is included in the act to make it easier for Kansas residents on military service outside of the state to obtain a state-issued concealed carry permit.