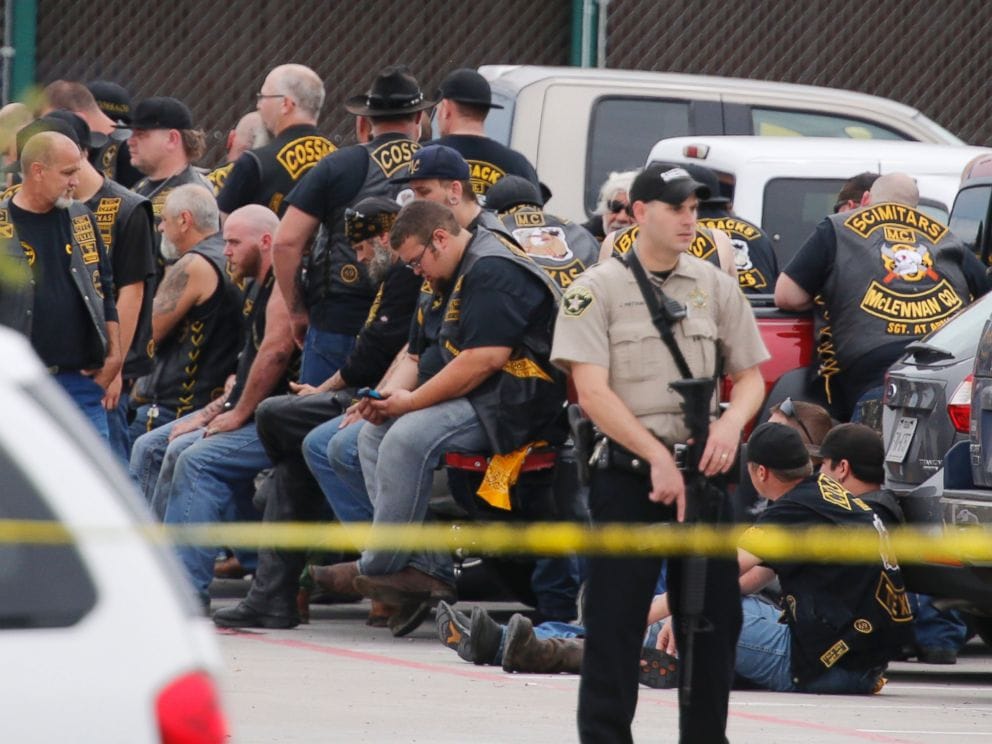 Tuesday marks one year since the deadly shooting at a Twin Peaks restaurant in Waco, Texas, but after 12 months, there continues to remain more questions than answers, including who fired the first shots.

The deadly melee occurred on May 17, 2015, a little after noon and involved members of the Cossacks and Banditos motorcycle clubs. While authorities pointed to the meeting of some 200 bikers – who were from a number of different clubs – as a means of settling a beef about turf, others who attended the meeting said it was nothing of the sort, but rather a regularly scheduled meeting, organized by the Texas Confederation of Clubs & Independents to discuss new legislation that would affect motorcycle riders. According to Brent Coon, a Waco-based attorney who is representing several of the bikers, meetings of this sort had occurred regularly, every few months in communities across the state, for some time without any notable instances of violence.

But at some point, an argument started in the Twin Peaks parking lot. Witnesses say it stemmed from a parking space and a perceived action of disrespect.

A 21-minute dash cam video from the patrol car of Waco Police Officer Michael Bucher, which was just released last month, shows how quickly the incident escalated. The initial confrontation occurred just outside of the restaurant’s front door and a number of bikers can be seen immediately fleeing and taking cover. Meanwhile, surveillance video from inside the establishment shows bikers and restaurant employees alike scrambling for safety.

The raw viciousness of the fight was captured on the graphic dash cam footage and even shows one victim’s throat being sliced opened right before he drops to the ground. Within feet of that bloody scene, bikers can be seen administering CPR to a man, desperately trying to save his life for more than nine minutes before finally giving up. About two minutes before the video cuts off, a group of bikers can be seen carrying their – presumably dead – comrade away and out of view.

Altogether, nine were killed during the incident and 20 injured, none of which were law enforcement.

Within minutes of the initial altercation, shots were fired. Multiple law enforcement agencies were already on the scene before the first fight, as a precautionary measure, and can be seen coming into view minutes later.

Initial reports indicated that authorities confiscated nearly 500 weapons from the bikers, but that number quickly dwindled. In the end, a total of 151 firearms were seized, most of which had not been fired, the Bureau of Alcohol, Tobacco, Firearms and Explosives confirmed in a report released in March. Other weapons recovered included “knives, brass knuckles, batons, tomahawks, weighted weapons, a hatchet, stun guns, bats, clubs, a machete, a pipe, an ax, pepper spray, and a chain.” It’s still unknown at this point how many, if any, of those weapons were illegal. 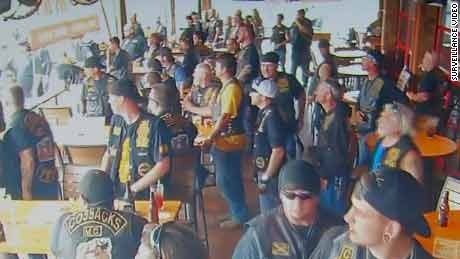 Surveillance video from inside the restaurant captured the moments gunfire erupted and scores and bikers fled for safety. (Photo: YouTube)

Nicole Strong, Special Agent with the ATF’s Houston Division, made it clear when the report was released that the ATF was simply processing the weapons and are not involved in making investigation decisions.

Additionally, investigators recovered 44 spent shell casings at the scene, 12 of which were confirmed to be .223-caliber. The Waco Police Department claimed those 12 as their own, being very adamant that those were the only shots fired by the department.

Following the melee, authorities detained 239 bikers, most of which can be seen on the same video cooperating with the police and complying with demands. Sixty-two were eventually released and the remaining 177 charged with engaging in organized criminal activity and other charges while being held on massive $1 million bonds.

Currently, 157 bikers have been indicted on various charges stemming from engaging in organized crime, but it does not appear that any of those have been charged with murder. However, court documents have not been made public and a court-issued gag order has prevented disclosure of very few details surrounding the case.

Meanwhile, many claim the Waco shooting and all of its aftermath has wrecked numerous lives.

“The actual justice system hasn’t tried one of them yet,” said John Bostick, one of the organizers for a commemoration ceremony held outside of the McLennan County courthouse Saturday afternoon.

Bostick told the Houston Chronicle that in a year’s time, all prosecutors have done is made harsh claims and ruined people’s lives. 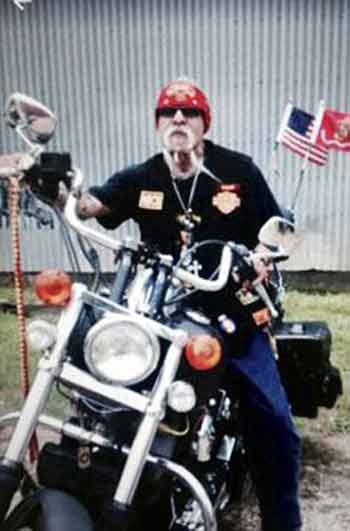 Among the nine victims of the Waco shooting was Jesus Delgado Rodriguez, a Purple Heart recipient, who served in the Vietnam War. (Photo: My San Antonio)

Abigail Anastasio, a Houston-based lawyer who is representing one of the bikers, said most of those still facing charges are just regular guys who have had their lives devastated.

“Most of the accused lost their jobs, can’t get another job,” Anastasio pointed out. “Some lost their homes, lost their purpose. Imagine watching your friends getting shot at, some dying right in front of you; then imagine being held in jail on a $1 million bond facing life in prison for some contrived conspiracy to commit the murder and aggravated assault of those friends.”

Attorney Paul Looney, who is representing multiple bikers in the case, said 20 attorneys have volunteered, either for less than a day’s pay or completely pro bono, to represent the bikers.

Mel Moss, president of the Sons of Liberty Riding Club, which organized the weekend event, told the Waco Tribune Herald that the nearly 200 bikers who were arrested last year were done so without due process.

“Every American should be frightened by what they saw here,” said Moss.