Father of 1-year-old fights back against 3 robbers, shoots one with his own gun 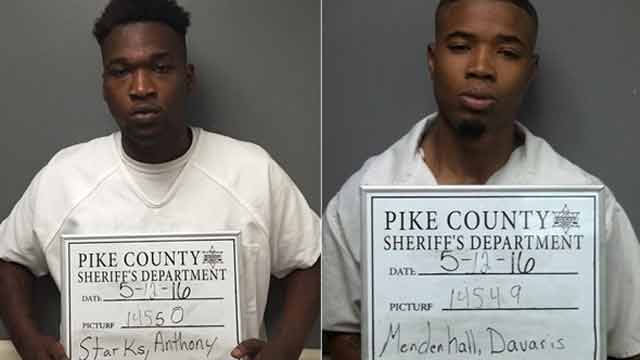 One man is dead and two are in custody after a home invasion robbery in Troy, Alabama, early Thursday morning was foiled by the intended target when he took the gun from the suspects.

According to a press release from the Pike County Sheriff’s Office, the three suspects went to an apartment in the Springhill area of Troy around 2:30 a.m. The 36-year-old resident, whose name has not been made public but was home alone with his 1-year-old child, heard the trio and when he went to the door, they forced their way inside.

The suspects, at least one of whom was armed with a handgun, announced a robbery and a struggle between the three suspects and the resident ensued. During the struggle, the resident managed to gain control of the weapon and fired at the suspects, who then fled from the area on foot.

The resident immediately called the police and when officers arrived on the scene, they found one of the suspects, later identified as 21-year-old Javonte King, about 200 yards from the apartment. King was lying in a pool of blood with multiple gunshot wounds. He was pronounced dead at the scene.

Starks and Mendenhall were both arrested and charged with first-degree robbery. The following day, they were also charged with murder.

“Each man is charged with murder because he and another person caused the death of Javonte King during an armed robbery,” explained Pike County Sheriff Russell Thomas.

Starks was held on a $250,000 bond, while Mendenhall, because he was already out on bond at the time of the robbery, was held without bond.

Thomas confirmed that no charges will be filed against the resident who shot King, as he acted to defend himself and his young child.