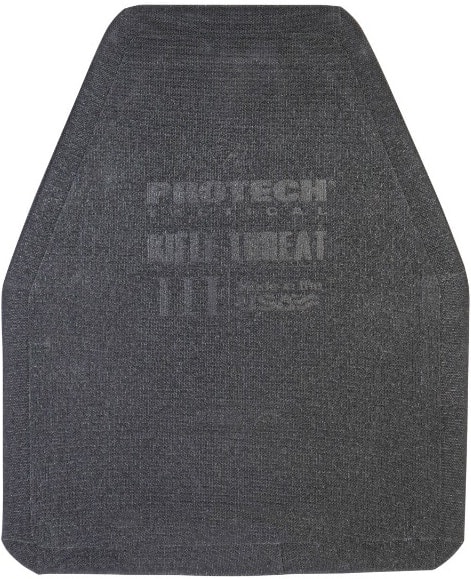 Safariland announced expansion on the Protech Tactical X-CAL line of hard armor ballistic plates. Weighing in under 4 pounds, the X-CAL USHard armor is designed to protect against high-threat rounds and velocities.

“Officers will find it to be a piece in their arsenal that they won’t enter the field without due to the product’s lightweight profile that delivers the ultimate protection in an ICW configuration.” Dan McNeil, Director of Tactical Armor, said in a statement.

Type III plates are designed to protect against most rifle rounds. Safariland said with an increased availability of green tip ammo, a high end product to meet the needs of law enforcement was necessary.

Green tip military ammunition, made from pairing SS109 bullets with M855 cartridges, is used for both the civilian AR-15 and the military’s M16. Green tip has come under fire in recent years with gun grabbers saying it puts police lives in peril.

“It’s time for Congress and this administration to take the reins of public policy back from the gun lobby. These bullets may make money for the gun industry but they can kill police officers,” U.S. Senator Chris Murphy said in a Guns.com article last year.

Democrats urged the ATF last year to place the ammo on the restricted munitions list. Backlash from gun supporters was fierce with the ATF receiving nearly 80,000 comments on the proposal. Ultimately, the ATF backed-off on plans to add green tip to the no-go list and the ammunition remains available for civilian use.

Safariland’s Protech Tactical X-CAL USHard is available for purchase through Safariland and retails for $710.