Zimmerman gun will most likely sell 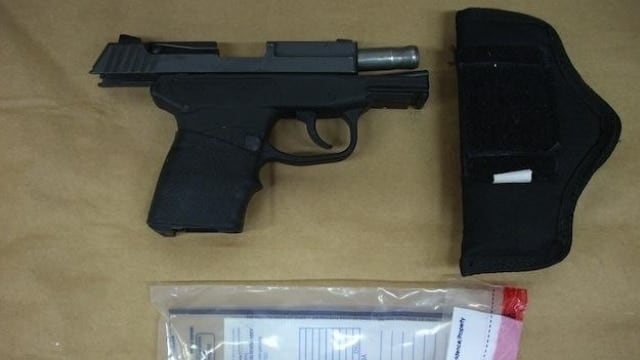 Zimmerman posted a listing for the gun on the United Gun Group forum, twice, after the Kel Tec was pulled from Gunbroker. (Photo: Screenshot)

It seems as if the third time will be the charm for George Zimmerman’s attempt to divest himself of the Kel Tec PF-9 used in the Trayvon Martin shooting, as bidding with verified funds topped $100,000.

The gun at the center of Zimmerman’s second-degree murder trial, which ended in an acquittal, has been up for auction on Gunbroker and United Gun Group twice in the past week, deleted by the auction site in the former and removed by the lister himself in the latter after wild, if likely fake, bids.

UGG announced Monday that Zimmerman had confirmed an offer of $100,000 with verified funds– the minimum asking price for the gun– has been submitted. This is after many dedicated firearms auctioneers to include Cowan’s and James D. Julia refused to carry the item and such controversial figures as “pharma bro” Martin Shkreli dropped comments on social media about purchasing the weapon.

The one-day auction for the 9mm semi-auto, which is still labeled with evidence numbers in silver marker, is set to complete Wednesday afternoon.

As of early Wednesday the bidding has swelled to $125,400 with 180 bids, although it is unclear how many are legitimate.