The association inside the Association: A look at the NRA's Board 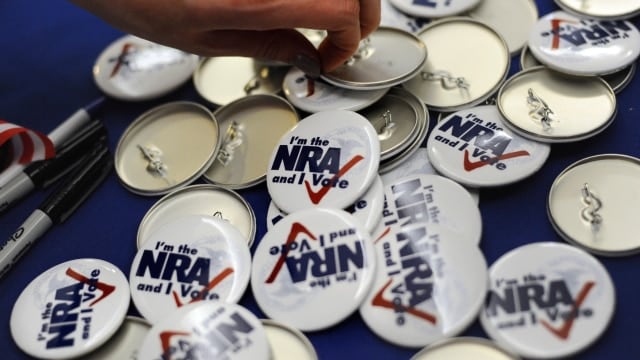 Life members and annual members with five years’ tenure vote for a third of the NRA’s board seats each year. (Photo: Jessica Hill/AP)

The country’s largest civil rights organization, with a membership touted to be over five million strong, is steered by a 76-member board of directors.

Founded in New York on Nov. 17, 1871, to “promote and encourage rifle shooting on a scientific basis,” the National Rifle Association’s first president was Civil War Gen. Ambrose Burnside, a man who had dabbled in politics in both the state and federal level besides his military service, invented his own cavalry carbine to which he held a patent and even popularized huge sideburns.

Burnside, like the board members who today guide the organization he helmed 145 years ago, was a diverse blend of military leader, politician, gregarious personality, and firearms pioneer that still survives on the board today.

Today’s NRA has larger than life personalities in the form of director John “Red Dawn” Milius, basketball hoopster Karl Malone, the always rocking and often controversial Ted Nugent and actor Tom Selleck who, while he does not have Burnside’s famous whiskers, is no stranger to epic facial hair of his own.

Where Burnside was a rifle designer, the NRA’s board has long had a seat occupied by Tennessee firearms maverick Ronnie Barrett, designer of the first popular .50 caliber BMG rifle for civilian use, while members Robert Nosler and Steve Hornady speak for themselves.

Then there are gun rights crusaders who fight it out in the halls of their state legislatures, moving and shaking behind the scenes as lobbyists in their respective state capitols and drawing on the support of their local NRA affiliates such as Association of New Jersey Rifle & Pistol Clubs President Scott Bach, his corresponding example in New York, Tom King, and the unsinkable Marion Hammer who founded the Sunshine State’s affiliate, the Unified Sportsmen of Florida back in the 1970s.

Moreover, their work is once more done behind the scenes.

“As a group we set policy and staff follows the policy that the board provides,” Hammer, who has been on the NRA’s Board since 1983 and is also a former president of the organization, told Guns.com. “We choose the CEO and the salaried officers to handle the day-to-day operation of the organization and it’s up to the board to hire people we trust and have confidence in to handle the day-to-day operation.”

The board itself is made up of 75 members who campaign for and, if elected, serve a three-year term. A 76th member, voted in at the NRA’s Annual Meeting and currently occupied by Ohio grassroots gun rights organizer Sean Maloney, serves a one-year period.

Due to the three year term period, roughly a third of the board seats come up for reelection every year, for which NRA life members and annual members with five consecutive years or more in good standing receive a ballot each February, of which a small portion, described by Jeff Knox as being as low as 7 percent, complete and return to be counted.

Trying to break into one of the spots up for grabs can be hard, even for those with solid gun culture credentials.

“To be honest I never really knew much about them at all until maybe a year ago and one of those guys on the board asked me if I ever thought about running for the board and I told him I never even thought of it,” retired Marine sniper instructor and tactical trainer Steve Reichert told Guns.com.

This led Reichert to a three-day trip to Washington D.C. where he sat in on committee meetings and was very impressed about what he saw, so much so that he wanted to tap in and vie for a seat as one of the 39 people running for 25 slots up for grabs.

“So after those three days I was rather intrigued about jumping on the board and trying to contribute more so I made the decision shortly after to take a stab at it and take a shot in the dark,” he said.

With a huge web presence, including a social media account liked by over 400,000, endorsements from sitting members and money invested in marketing and video spots, Reichert thought he could make the cut despite not being recommended by the powerful nominating committee, but was told this week by NRA Secretary John Frazer that he came up short.

Nevertheless, Reichert was not discouraged, noting that one board member had to be petitioned in every year for seven years before he made it to the board.

“Lessons learned. I mean, I was a little bit surprised but all right, whatever. I’m 36 so, yeah – I’ll take a shot at it again next year,” he said.

It seems like the thing Burnside would do, anyway.