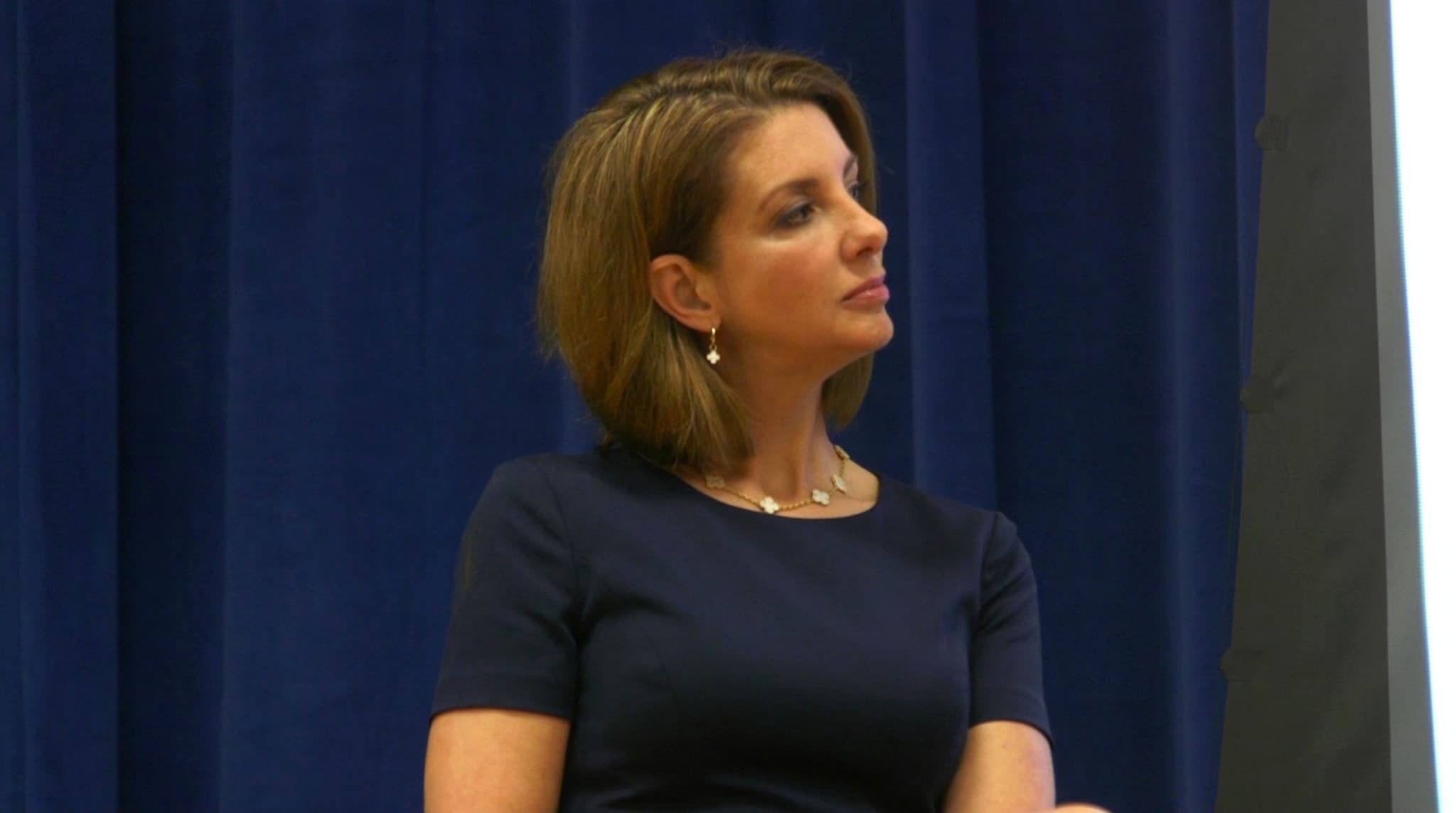 Gun control groups Everytown for Gun Safety and the Kentucky chapter of Moms Demand Action held a screening of a documentary critical of the NRA on Saturday, just a few miles from where the gun group held its annual convention in Louisville, Kentucky.

Narrated and executive produced by journalist Katie Couric, “Under the Gun” takes a look at gun violence in America, pinning the fatal results on the National Rifle Association and its political blocking of gun control measures.

Moms founder Shannon Watts made an appearance, addressing the modest crowd of about a hundred, which gathered at Spalding University, about five miles north of the NRA stronghold Kentucky Expo Center.

“We are winning,” Watts told her supporters. She said Moms and Everytown have defeated 64 “bad” NRA bills and that voters concerned with gun violence should their voices to the polls.

“We just think it’s important to provide another voice,” Watts told Guns.com after the panel discussion. “The voice of more than 90 percent of Americans who support the Second Amendment and stronger gun laws and believe those can go hand-in-hand.”

Watts continued, saying only 5 percent of gun owners belong to the NRA and that a majority of them support stronger gun laws. Watts cited a 2012 survey – conducted by conservative pollster Frank Luntz and commissioned by billionaire and former New York Mayor Michael Bloomberg’s Mayors Against Illegal Guns, now under the Everytown banner – which found that 74 percent of NRA members and 87 percent of all gun owners support requiring criminal background checks on gun purchases.

“This isn’t about the NRA membership,” Watts said. “In fact, as you saw in the documentary, when we ask NRA members if they support guns for suspected terrorists or guns for domestic abusers, the answer is no. So this is really about the extremism of the NRA leadership, who believes there should be guns for anyone, anytime, no questions asked and that’s because that ultimately profits gun manufacturers.”

After the screening of the documentary and during the panel, Watts was joined on stage by several others people affected by gun violence during the panel moderated by Connie Courtney, lead for the Mom’s Kentucky chapter.

One of them was Haley Rinehart, who didn’t appear in the film, but told the audience about how her son survived a gun shot when he was 4. Now 19 years old, the toddler Eli Parker found the gun sitting on a stack of children’s books at a relative’s house. He said he tried moving the gun but it was too heavy, so he decided he wanted to look at the “missile,” or bullet, in the barrel, Rinehart recalled. The bullet reportedly entered the boy’s eye and passed through his brain.

Chicago resident Pam Bosley had a similar, yet different experience with gun violence. Her son, Terrell, was shot and killed in 2006, she told the attendees. Her experience losing her son and subsequently co-founding gun control advocacy group Purpose Over Pain was chronicled in the documentary.

Lonnie Phillips and his wife Sandy offered a different perspective on the tragedy of gun violence, offering advice to attendees on how to approach gun owners. The couple lost their 24-year-old daughter, Jessica Ghawi, in the 2012 Aurora, Colorado, theater shooting. For two years beginning in 2013, Phillips worked for the Brady Campaign to Prevent Gun Violence, where it was his job to bring together groups of gun owners in pursuit of gun control. It was during that time Phillips met a competition shooter in San Antonio. he said the two had a great conversation until Phillips revealed who he worked for.

“He was a heavy guy,” Phillips said. “I thought he was going to have a coronary right there.”

The man told him he was the biggest Second Amendment supporter Phillips was ever going to meet. The two got to talking even more and the man invited Phillips to his house, where he had a shooting gallery built in his basement.

“So what I’m saying to you, it can be done. Not very often, but you still try.” Phillips said. “We need to reach gun owners. We need to make them understand.”