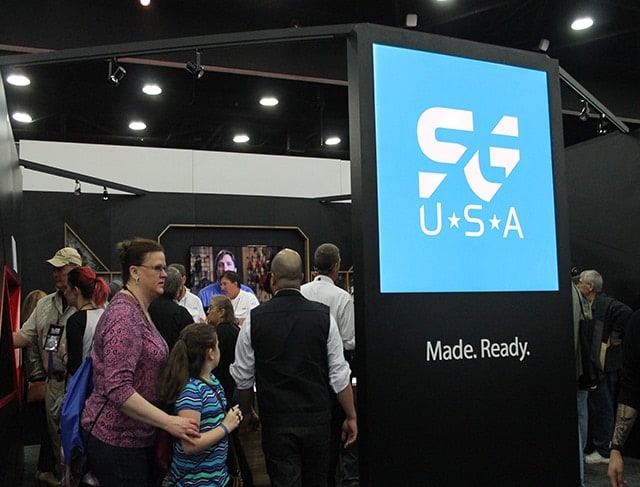 Jason Goates, Marketing Director for StealthGearUSA, said that the NRA event was the perfect place to introduce the new look. “This show is centered around the everyday guy and that best fits our company because we are made of every day guys. We’re not operators. We’re not Special Forces. Those guys like our products but we started with the intention of serving the everyday guy with a gun.”

The redesign has been a major undertaking for the company. On top of their first booth at the NRA Annual Meeting and the updated website, StealthGear USA recently moved to two new facilities. The move tripled production space, resulting in faster production times.

The company which lives up to its “stealth” moniker has flown under the radar for a few years; despite its products garnering rave reviews and winning awards.  Gates said he believes this is due to the company’s personal and artistic approach to gear. “One holster will touch the hands of 10 to 12 sets of hands during production,” Goates said, “and we prefer to take an artistic approach to holster making,” Goates said.

StealthGear’s IWB Mini, launched yesterday, is already attracting attention for its ability to easily pair with multiple body types. Goates said the decision to release the Mini came after IWB customers asked for an even smaller holster for concealment. On the surface the Mini looks like StealthGears’ standard IWB, but the holster has been thinned out to achieve better concealability inside the waistband. The Mini IWB starts at the same $99 price as the standard IWB. 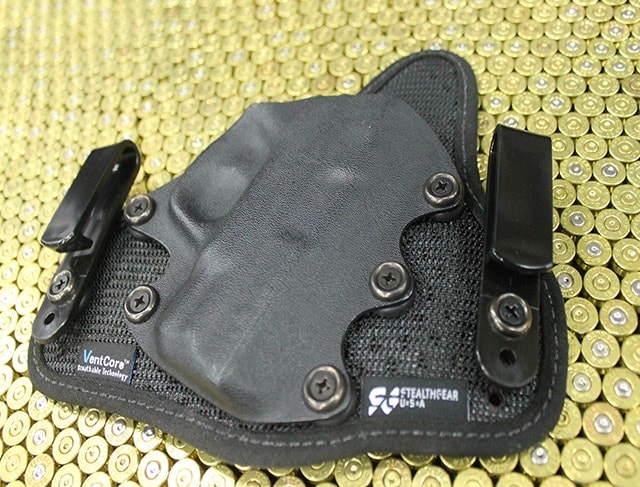 The Mini IWB is one of three upcoming products and Goates said that’s not the end of it. “We have an 18 month production launch scheduled which is very ambitious for our company,” Goates said, “We have a few items set to release this year and next that have the potential to make as big of a splash as the Ventcore hybrid holster.” 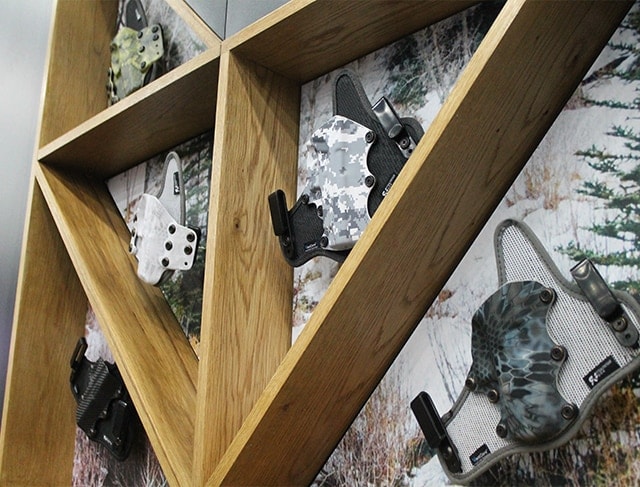 A sampling of some innovative designs StealthGearUSA plans to unroll in the coming months. (Photo by: Jacki Billings)

StealthGearUSA intends to unleash additional designs to the public in the coming months with fresh colors added to the holster lineup. “We intend to introduce red, grey, Tiffany blue and a few others around the third quarter.”

StealthGearUSA, founded in 2012 by Paul Laemmlen, is out of  Utah and specializes in holsters, mag carriers and gear.