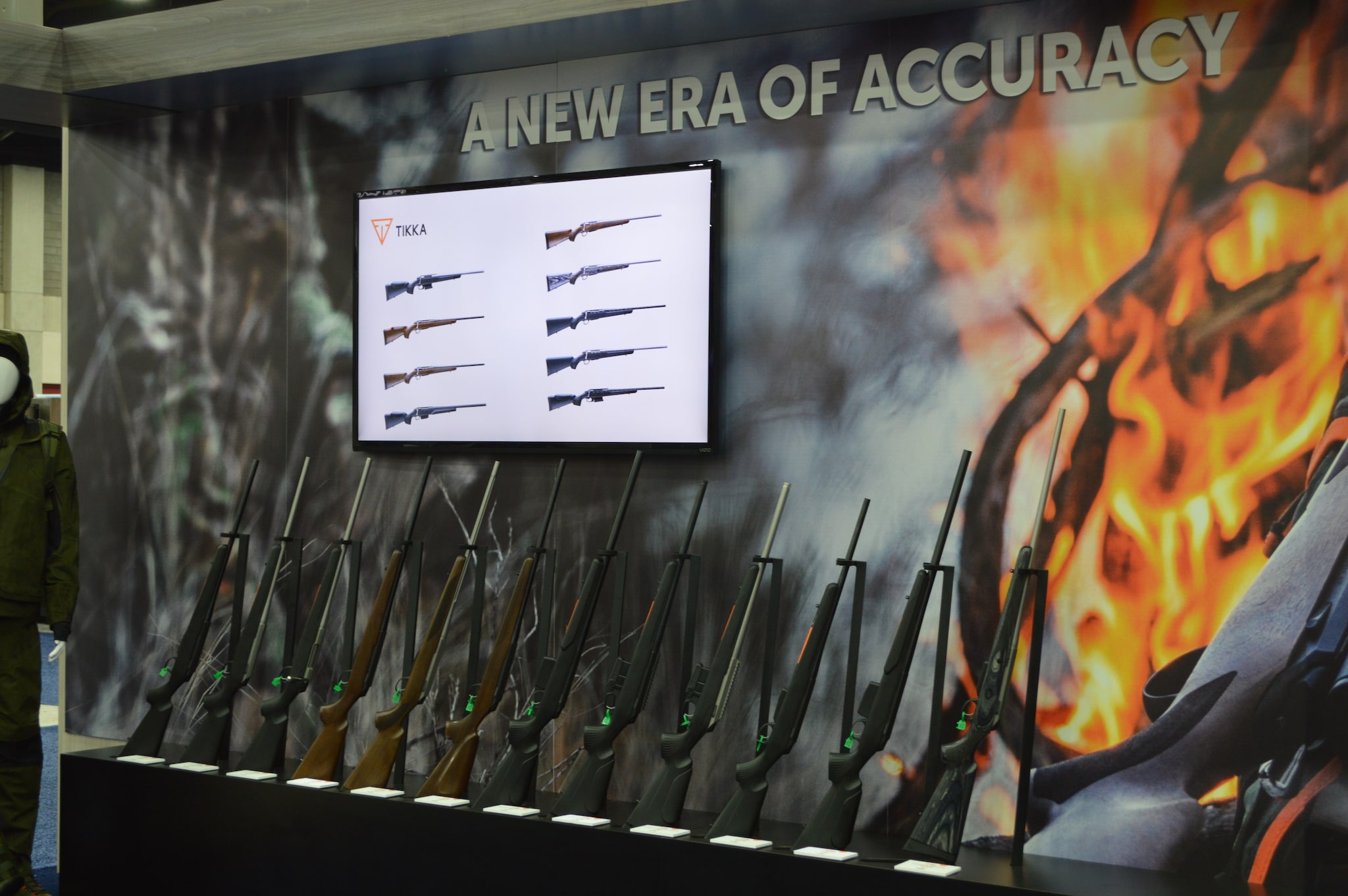 The NRA’s 2016 Annual Meeting and Convention in Louisville has been the stage for many new product announcements, but Beretta stole the show on Friday, May 18th by introducing their Tikka T3x line of rifles.

Often referred to in the shooting industry as “the best-kept secret,” Tikka clearly wishes to be a secret no longer.  Tikka rifles are manufactured in Finland by Sako, and the T3x represents the company’s biggest product overhaul in a decade. 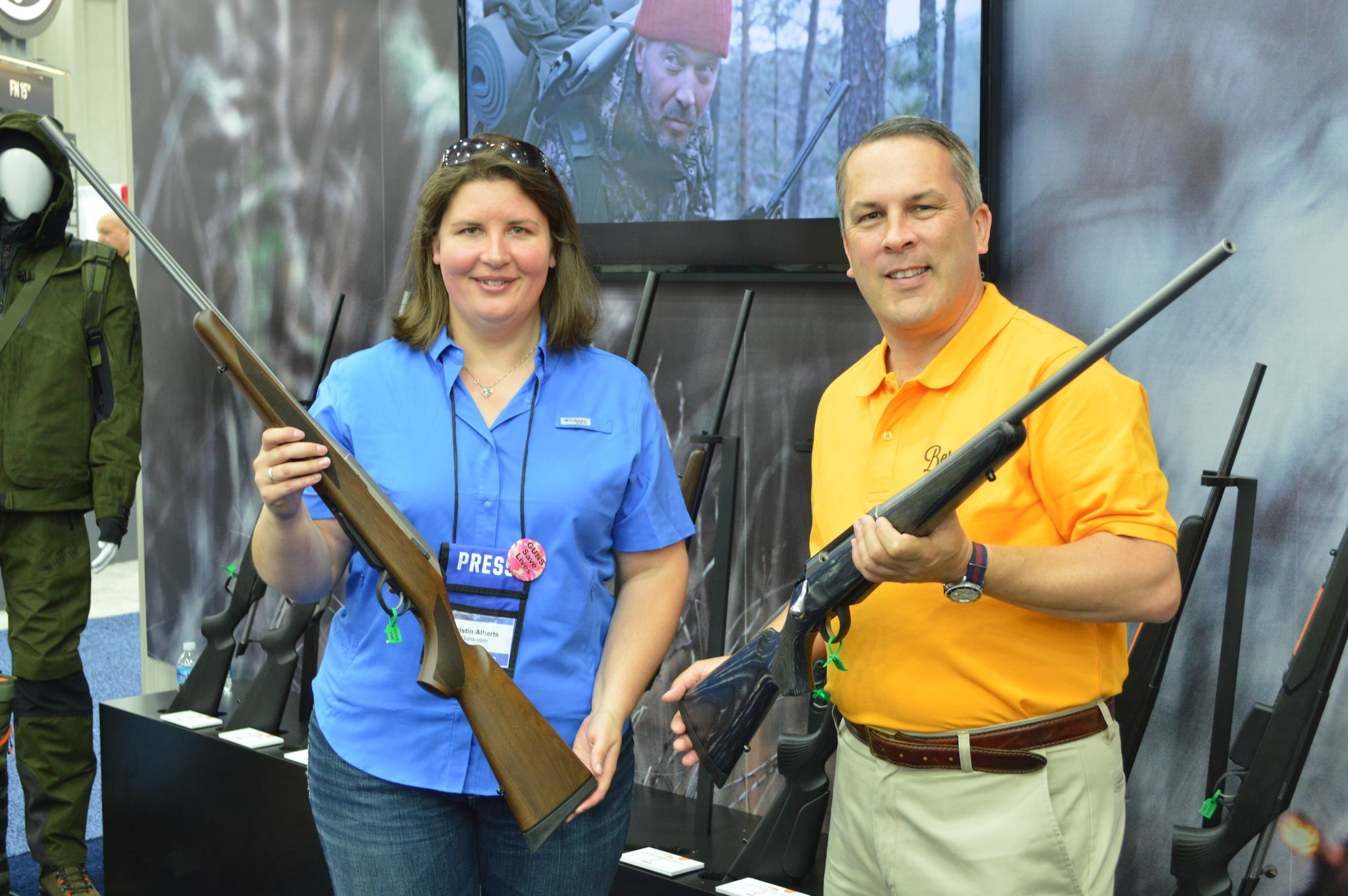 A Tikka T3x Hunter in fluted stainless and a T3x Laminate Stainless model are just a few of many options available in the new launch. (Photo: Kristin Alberts/Guns.com)

The T3x rifle family improves upon the existing T3 line in many ways, and carries the tagline “a new era of accuracy.” Customization is a main focus, with options in multiple calibers, barrel lengths and types.  A modular grip features a new asymmetrical pattern and ergonomic shape, and the existing synthetic grip can be swapped for a vertical pistol style. Similarly, the forend can be swapped for a wider profile front end.   There are synthetic, wood, and laminate stocks, threaded and fluted barrels, blued and stainless, left and right-handers. 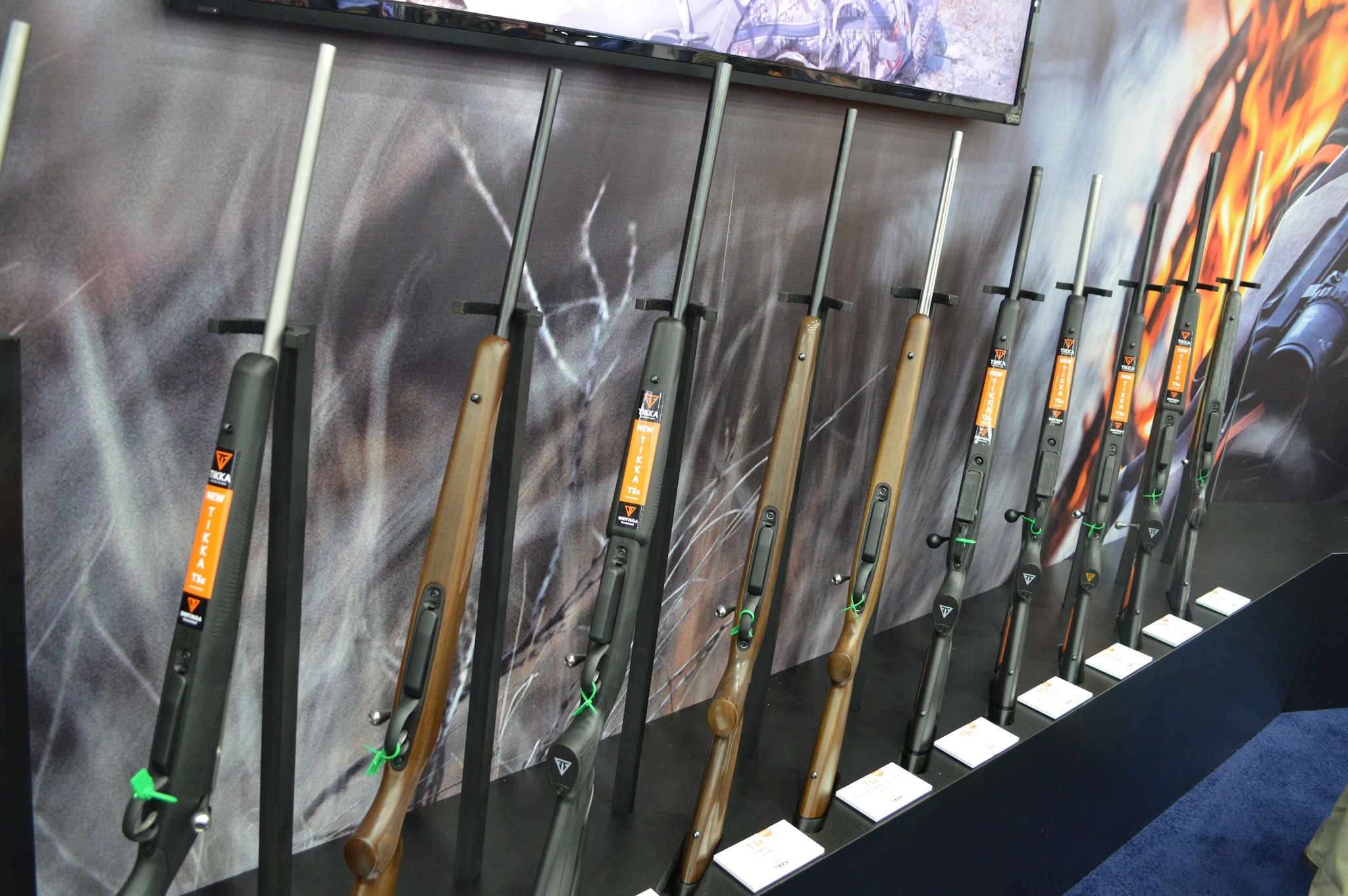 Other new features include a foam-filled synthetic stock to aid in noise reduction and vibration, an improved metallic bolt shroud, and a larger ejection port which aids in hand-feeding even while wearing gloves.  In addition to the improvements, Tikka has also joined the 6.5 Creedmoor chambering party, offering several T3x models in the popular long-range caliber. 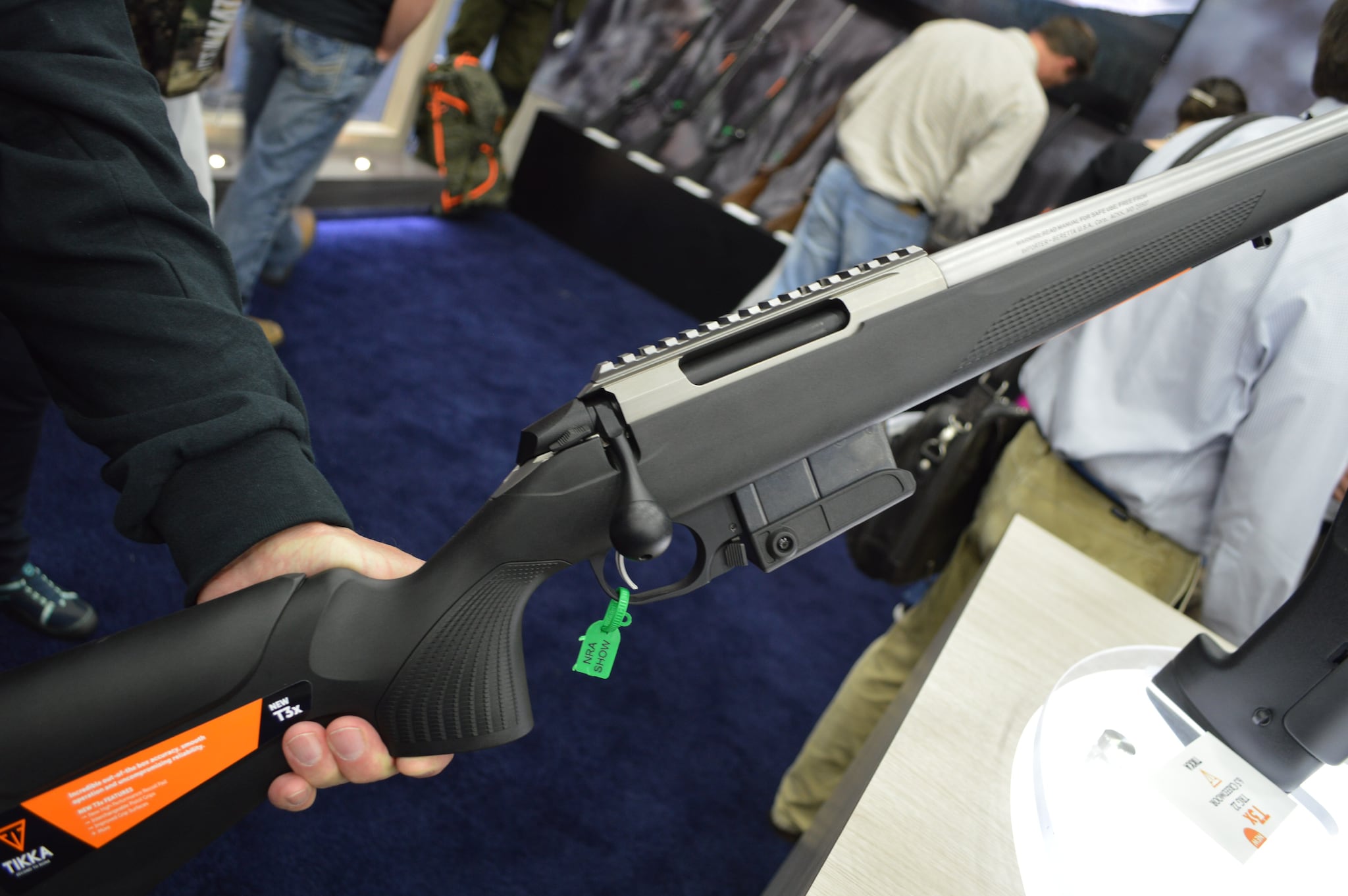 Retail prices were not readily available at the time of publication, though Rafe Bennett, VP of Product Marketing for Beretta USA, says the T3x platform “gives our customers an excellent gun at a very attractive price and in a model for nearly every shooting sport.”  Keep an eye on Guns.com in the near future as we put a T3x rifle to the test.