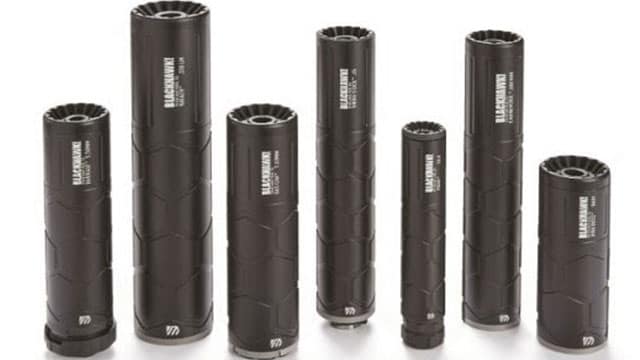 Tactical goods supplier Blackhawk, of Kansas, is jumping on the suppressor bandwagon in a big way later this summer.

The company announced just before the kickoff of the NRA national meeting that it’ll be vending not just one, but seven models of suppressor in their inaugural line. They’re amping up the looks of these volume-reducing devices with a unique finish.

Blackhawk says their suppressors have superior materials and decibel reduction, but so far are not publishing details on either. The suppressors are promised to be lightweight for ease of handling.

The suppressors’ subdued decorative hexagonal exterior design may mark a turning point in the market in terms of the typically plain appearance of suppressors. Blackhawk is seeking a patent on the pattern. 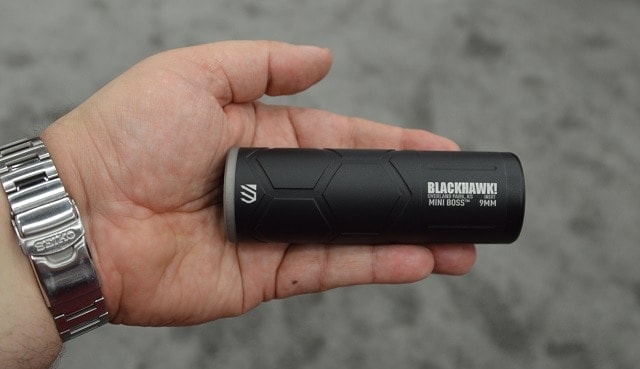 Their Mini Boss 9mm can is a handful (Photos: Chris Eger/Guns.com) 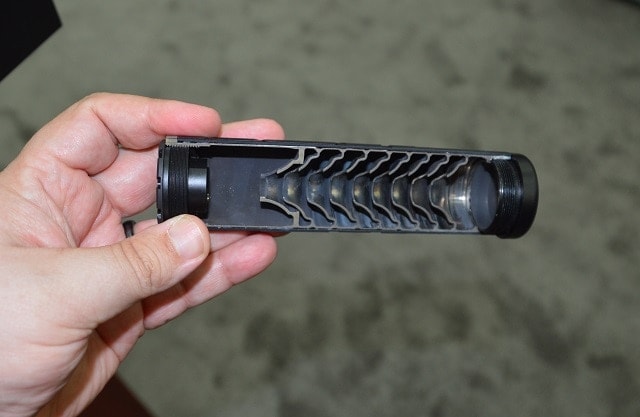 While a cutaway of their 7.62mm Gas Can shows a 9 baffle stack 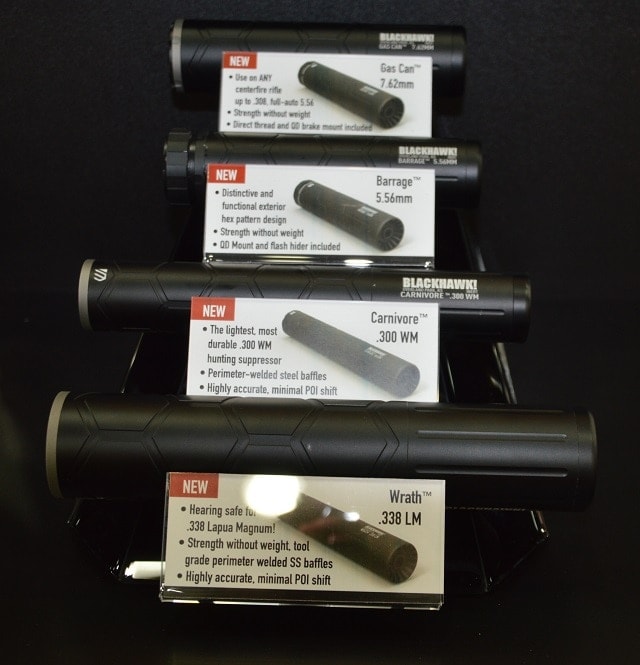 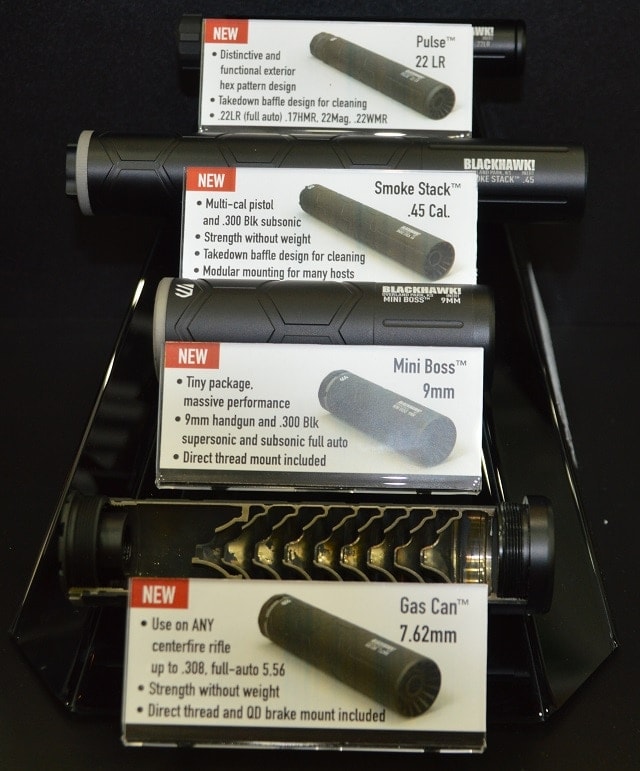 Prices are not available at this time. Blackhawk predicts availability in late summer of 2016.