Ted Nugent reelected to NRA Board of Directors 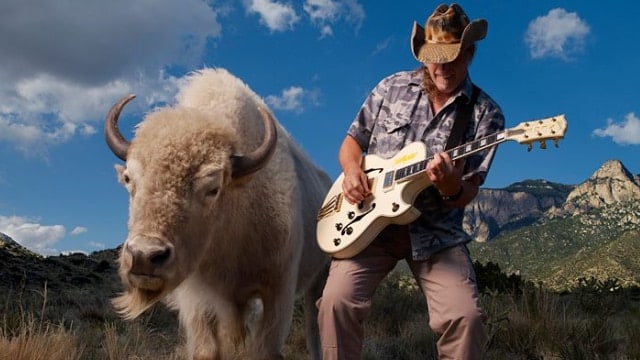 Among the 25 people announced to serve new three-year terms on the National Rifle Association’s board last weekend was controversial rocker Ted Nugent.

Nugent, along with 24 others, were announced by NRA election committee chair Carl T. Rowan at the gun rights group’s 145th Annual Meeting held last week in Louisville and will serve until 2019.

In the past year, the Motor City Madman has been in the news for a social media post linking Jews to gun control, participating in Florida’s first bear hunt in decades, and visiting the scene of a high-profile shooting in Lafayette, Louisiana.

However, none of the events past or present seemed to tarnish the ‘Nuge’s luster with fans among NRA voting members, who reaffirmed his position with the second-highest amount of votes cast for any board candidate this cycle.

“Never before has the orchestrated threat against America, freedom and our sacred 2nd Amendment rights been more dangerous than in 2016,” Nugent posted to social media during the meeting last week, where he was a scheduled speaker. “The Obama/Clinton liberal Democrat gang is maniacal in their attack on all things individual rights, truth, logic, commonsense and The American Way.”

Of the group elected, most were long-term members who have served on the board for years, some, as in the case of Florida Second Amendment advocate Marion Hammer for example, going as far back as 1983.

One outspoken addition to the board is new member Lt. Col. Allen B. West, a former U.S. Congressman from Florida turned political commentator.

The newest board member lost no time in posting a public letter to Democratic Presidential front-runner Hillary Clinton, warning her about “gum bumping” about the NRA.

“So, Mrs. Clinton, please stop listening to your insidious and rather stupid team that’s feeding you ill-advised talking points,” wrote West on his blog. “I recommend you stop talking about the NRA, because I am now a board member and I’ll make it my mission to fire right back at you. Just keep hanging out with your followers, dwindling as they are, and leave us freedom and liberty loving Americans alone. Mothers in America have nothing to fear from the NRA, because real American mothers are right here at this gathering and are members.”

The members confirmed to seats on the 76-person board, listed by the number of votes cast by lifetime members and annual members with five consecutive years on the book are:

Among those who lost bids to the board are former director Sean Maloney, Marine sniper and trainer Steve Reichert and former NRA communications spokesperson, N Stephanie Spika.

Spika made a similar announcement via social media.