SilencerCo founder Josh Waldron spoke with Guns.com about his vision for the company’s integrally-suppressed Maxim 9 and its distribution schedule.

Rather than have the customer be the beta tester, Waldron and co have been heavily involved in R&D with the emphasis being a gun made around a suppressor rather than a suppressor made to fit the gun.

“We’re at the point that we’re just really pushing it through all the steps to ensure that it is a duty-grade pistol that law enforcement and military would be comfortable being on the job with the Maxim 9,” Waldron told Guns.com at the 3rd Annual American Suppressor Association Media Day held in conjunction with the National Rifle Association’s Annual Meeting and Exhibits.

“We want perfection before we release it,” said Waldron. “And we’re making a lot of headway everyday.”

Originally introduced last September and named as a tribute to Hiram Percy Maxim, inventor of the original Silencer, the early prototype and its characteristic large rectangular suppression chamber that extends from the chamber forward and hangs down to the trigger guard was at the time based on a Smith & Wesson M&P 9.

Then at Shot Show in January the S&W frame had been ditched and replaced with an in-house pistol design that conveniently uses Glock 17 mags. 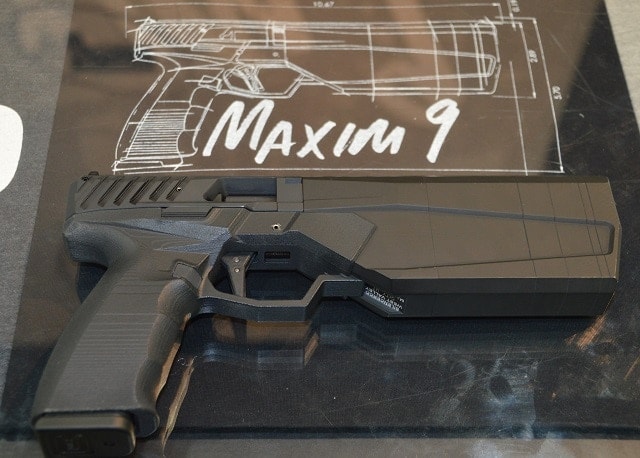 The most current model was available in Louisville this last week. (Photos: Chris Eger/Guns.com) 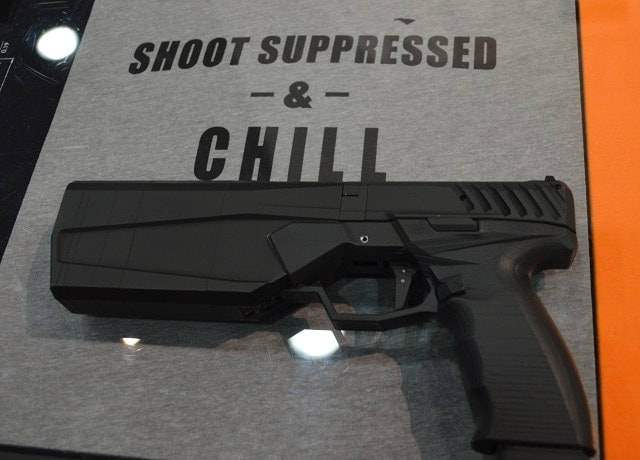 The gun will be completely produced in-house at SilencerCo 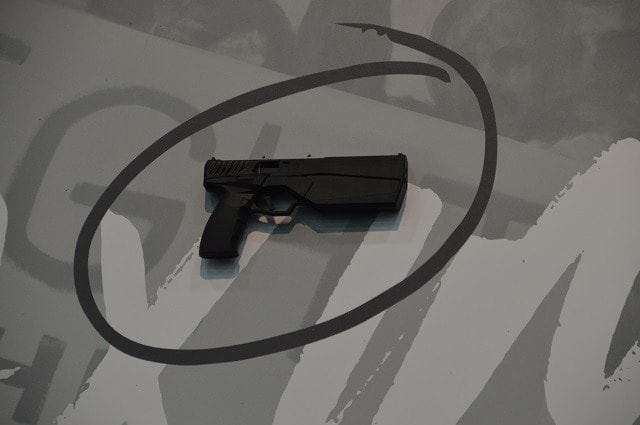 Waldron expects the gun to begin shipping in the fourth quarter of this year.