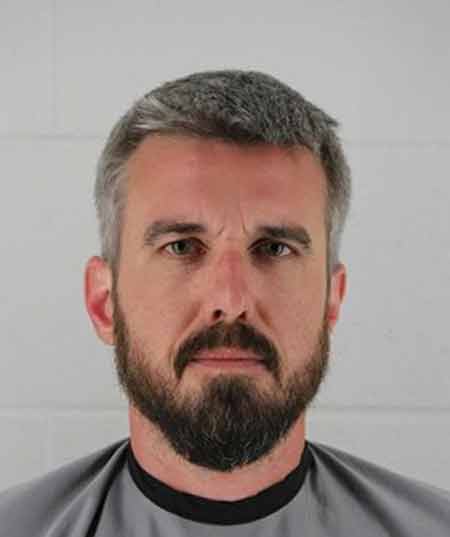 John Panchalk is facing federal charges, but his neighbor said he doesn’t think the man had any ill intentions. (Photo: JCSO)

A break-in at a storage facility in Parkville, Missouri, led to the arrest of a former explosives technician Friday after authorities discovered the man to be in possession of several unlawful explosive devices.

Local authorities received a call Thursday, May 19, about the break-in and upon arriving at Parkville Self Storage facility, found several lockers, trailers and vehicles had been vandalized. Located in and near one of the vandalized trailers was ammunition canisters, rocket fins, blasting caps, C-4 explosive and military grenade simulators, according to a press release from the Justice Department. Investigators learned the trailer was owned by John A. Panchalk, 42, who resided in Overland Park, Kansas, about 20 miles from the storage facility.

Panchalk, who spent a decade as an explosive ordinance disposal technician in the Army, was contacted by investigators, who noted he was “evasive” when questioned about the trailer’s contents. Authorities also noted Panchalk later said that he used the devices, some of which were inert, as training aids. Court documents indicated the grenades were fully functional, but was unclear on the other items.

When a search warrant was executed at Panchalk’s home, authorities found another 38 pounds of C-4 explosive, detonation cord, blasting caps, grenade simulators, incendiary devices and the two M-67 fragmentation grenades, which are required by federal law to be registered with the National Firearms Registration and transfer record. However, further investigation revealed no such records existed.

Panchalk was arrested and charged with unlawful possession of grenades. If convicted, he could face up to 10 years in prison and a fine of up to $250,000.

Dennis Tabel, a Vietnam veteran who is Panchalk’s neighbor, told local media the two had previously talked about Panchalk’s work with the Army.

“The job he had I wouldn’t want to have,” Tabel said.