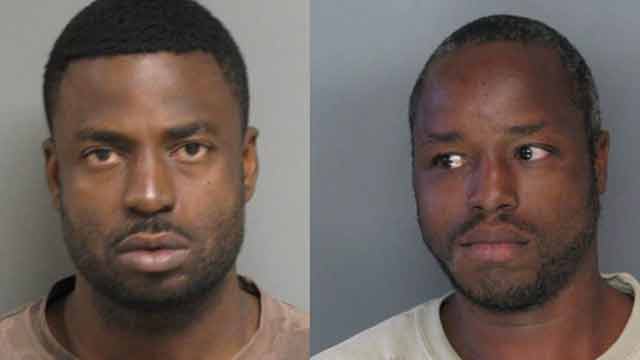 A 40-year-old Baltimore man pleaded guilty in federal court Thursday to participating in a violent, three-week robbery spree in 2014.

Michael Toliver and several other suspects are accused of robbing 10 different businesses at gunpoint in Baltimore, Baltimore County and Howard County between May 17 and June 4, 2014. On more than one occasion, two and three businesses were targeted in a single day, and at least three of the robberies turned violent.

According to a press release from the Justice Department, Toliver injured the manager of a Baltimore Dunkin Donuts on May 23, 2014, during one of the robberies when he struck the manager on the head with a handgun. During the May 2014 robberies at a BP gas station and Sprint cell phone store, both located in Baltimore, Toliver is accused of firing a gunshot into the ceiling or floor when the managers of those businesses did not immediately access the safes.

In June, after identifying Toliver on video surveillance from the businesses, authorities executed a search warrant of his vehicle, in which they turned up a handgun and ammunition, along with a SWAT vest and gloves. A BB gun as also recovered from the car.

An additional search warrant for Toliver’s home led authorities to discover another gun, $3,780 in coins and cash, as well as clothing worn by Toliver during the commission of several of the robberies. Further investigation also revealed the gun recovered from Toliver’s vehicle was the same one that was fired during the BP gas station robbery.

Toliver’s sentencing is scheduled for August, but if he accepts a plea deal currently on the table, he will be sentenced to serve 15 years in federal prison.

Marcus Gray, 42, was said to have served as a lookout during several of the robberies. He also previously pleaded guilty and awaits sentencing.