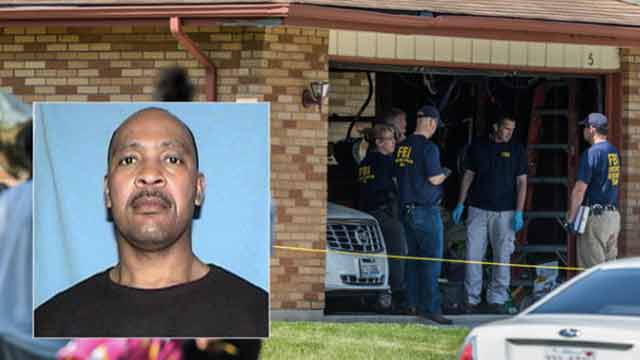 Melvin Toran apparently opened fire on FBI agents, then turned the gun on himself before a warrant could be served. (Photo: Chicago Tribune)

Two agents with the Federal Bureau of Investigation suffered what were believed to be non-life threatening gunshot wounds while executing one of numerous arrest warrants early Tuesday morning in the Park Forest area of Chicago.

As part of an investigation dubbed “Operation Cornerstone,” federal agents, with the aid of local law enforcement, served the warrants just before daybreak. While a number of the suspects were taken into custody without incident and are now facing various gun and drug charges, gunfire erupted as authorities attempted to apprehend Melvin Toran, 50.

Toran, who was convicted of murder as a teen and spent almost two decades in prison, was a high-ranking member of the street gang Black P-Stone Nation and was wanted on federal heroin distributing charges. Several of the suspects in custody are also high-ranking members of the gang, the Justice Department said in a statement.

The two wounded FBI agents were transported to area hospitals where they were treated and released. Authorities found Toran, inside his home, deceased from an apparent self-inflicted gunshot wound, the Chicago Tribune reported.

Over the course of the two-year investigation, which included wiretapped cellular phones, cooperating witnesses, controlled purchases of narcotics and guns, and extensive surveillance, authorities discovered a South Side clothing store was being used as a front for sales of heroin and cocaine. Investigators learned that buyers would go into the store and purchase an item of clothing. But while paying for the item, the individual would be given a bag containing the purchased item, along with a second bag containing illegal drugs. During the investigation, an individual cooperating with the FBI purchased more than $72,000 worth of heroin from the clothing store owner last summer.

The investigation also uncovered illegal gun sales, for which a number of the suspects in custody are charged.