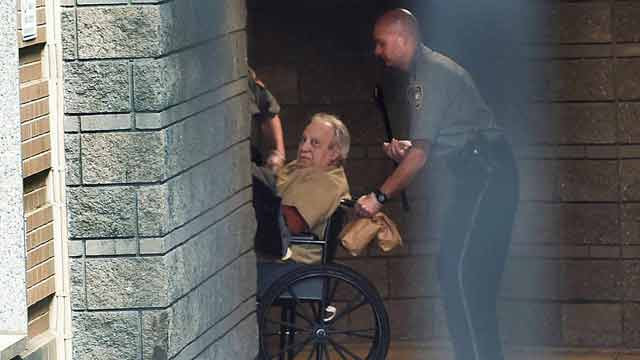 Robert V. Gentile is “no Hollywood director’s vision of a master art thief,” according to writers for The New York Times. (Photo: AP)

A New Haven grand jury indicted an elderly man who is a known member of the Mafia on federal gun charges in a Connecticut court Tuesday.

Gentile was on supervised release stemming from prior gun and drug charges at the time the guns related to this week’s indictment were discovered. The two charges each carry a maximum 10-year sentence, but also faces additional penalties for violating the terms and conditions of his release.

Gentile, who also goes by “the Cook,” is a known member of the Mafia with a criminal record dating back more than six decades. He is believed to have knowledge – although it has not been shared – about the infamous 1990 art heist at Boston’s Isabella Stewart Gardner Museum. The theft is reported to be the largest art heist in American history. Thirteen masterpieces were stolen that day, and the museum continues to offer an enormous $5 million reward for information leading to the recovery of the artwork “in good condition.”

But although the 79-year-old may be behind the largest art heist in American history, The New York Times noted in an article in April of last year that “Gentile is no Hollywood director’s vision of a master art thief.” In fact, Gentile currently battles diabetes, heart disease and high blood pressure, and must use a wheelchair to get around.