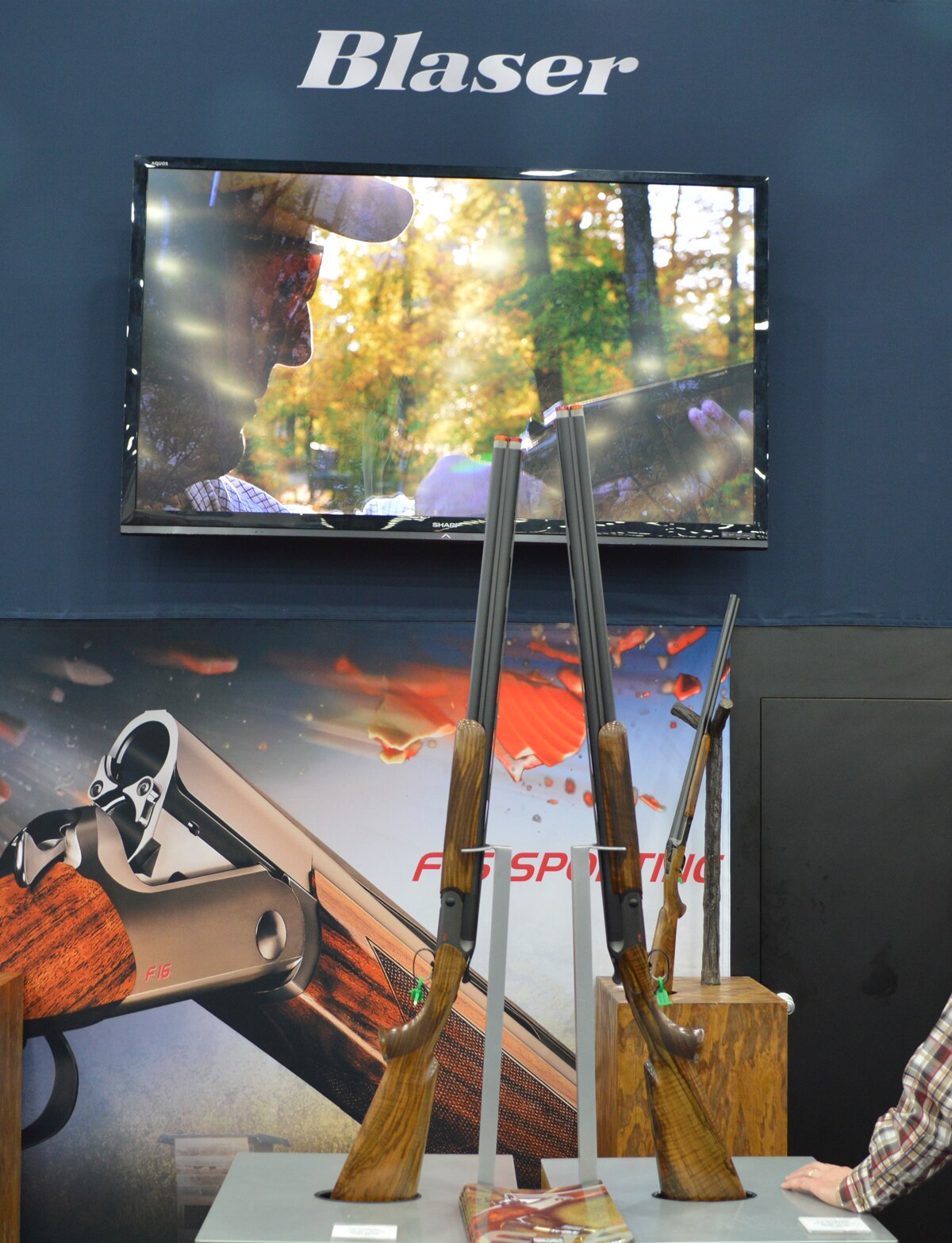 Blaser USA — the German company holding brands Blaser, Mauser, and Sauer — has long been synonymous with high-quality, high-dollar import rifles for the serious safari hunter or adventurer, but now the company is poised to expand its brand and cater to a wider American hunting market.

Set up with a beautiful display at the 2016 NRA Annual Meetings and Convention last weekend in Louisville, the Blaser USA team showed off classic rifles from Mauser, a new line of affordable entry-level rifles from Sauer, and updated shotguns and straight-pull bolt guns from Blaser.

Of particular interest at the convention were the Blaser offerings. The F3 line of fine O/U shotguns has been expanded to include Game, Competition Sporting, Game Competition, SuperTrap, and SuperSport.  The new F16 shotgun class is perhaps even more intriguing though, as the company worked to build the most well-balanced, lowest profile action on the market, mating individual craftsmanship and an a affordable price.  The F16 is currently available in 12-gauge in both Game and Sporting models, though sub-gauges will also be out.  A sliding weight system underneath handguard allows shooters to balance the gun, and an internal buttstock balancing system is prepared as well.

The real head-turner in the Blaser booth was the R8 line of straight-pull bolt rifles, with a new Professional series introduction.  The R8 is a proven platform with hunting trophies around the world to show for its reliability and flexibility. Besides the bolt design, what makes the gun unique is the fact that calibers from .222 through .500 Jeffrey can be fired from the same gun by replacing the barrel, magazine insert, and bolt-head.  The gun can be completely disassembled in seconds, and a right handed bolt can be quickly swapped for a left-handed one on the same gun.  With the R8’s pricing from the mid-$2,000s to sky’s-the-limit options with engraving and wood upgrades, buyers get a single-platform rifle that can be hunted the world over.

Stay tuned to Guns.com as we take a more in-depth look later this year, along with field testing.