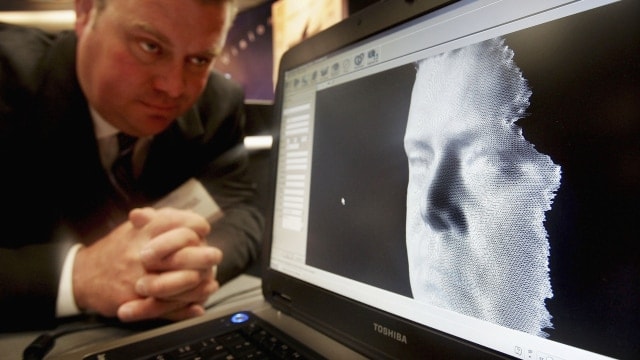 The Rap Back system was developed as part of the FBI’s Next Generation Identification program and was not designed from the outset to be used to store lists of registered gun owners. (Photo: National Journal.com)

A popular Senate measure in front of Gov. David Ige would add Hawaii’s gun owner registration lists to the Federal Bureau of Investigation’s “Rap Back” program.

The bill, introduced in the Democrat-heavy state Senate in January, passed that body in a 23-1 vote in March, going on to win over the House before reaching the Governor’s desk on April 25. Supporters of the legislation, the first of its kind in the nation, argue it is needed to help notify local authorities in cases of a gun owner running afoul of the law outside of Hawaii.

“Currently a thorough background check is conducted on all applicants who are bringing a firearm into Hawaii from another state. However, once the initial background checks have been completed and the applicant has been issued a permit, no further checks are conducted on the firearm owner,” said Honolulu Police Chief Louis Kealoha in testimony to lawmakers. “As a result, the county police departments have no way of knowing if a current Hawaii firearm owner has been convicted of a crime in another state that would prohibit him or her from owning a firearm.”

The proposal before the Governor, SB 2954, would direct that all of Hawaii’s gun owners be put into a federal biometric database, managed by the FBI, for continuous monitoring. As part of this initiative, the Rap Back program would issue authorized agencies with notification of criminal, and, in some cases, civil activity of those in the database.

So for instance if a Honolulu gun owner is arrested in New York, the FBI would notify Chief Kealoha’s department who would then make a decision on the validity of the owner’s gun permit– required by law in the state for possessing a firearm.

The Rap Back program was developed for continuous monitoring of those in public trust positions, such as teachers and public transportation employees, as well as individuals under criminal investigation, and was not designed from the outset to be used to store lists of registered gun owners.

The measure has the support of gun control advocates including the Brady Campaign, though not everyone is convinced it is a good idea. Some argue that the bill has the potential to disarm individuals who were merely arrested and not convicted, thus depriving them of their Second Amendment rights without due process.

The Hawaii Rifle Association, the state affiliate of the National Rifle Association, has been very vocal against the proposal and, despite thousands of calls to lawmakers that failed to stop the measure in the legislature, gun rights advocates are still hoping for a veto from Gov. David Ige.

“The exercise of an individual’s Second Amendment rights is not inherently suspicious and should not require a person to surrender other civil liberties, including unwarranted invasions of privacy or unequal treatment under the law,” reads a statement on the bill from the NRA’s Institute for Legislative Action. “The lawful acquisition, possession, carrying, or use of a firearm does not justify subjecting citizens to ongoing monitoring.”

A Democrat, Ige has in the past voiced support for expanded background checks, restrictions on firearms purchases and gun licensing while going on record opposing concealed carry.